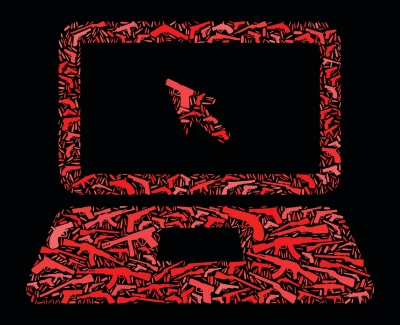 The dark web is an enabler for the circulation of illegal weapons already on the black market, as well as a potential source of diversion for legally owned weapons.

Although the arms trade is small in volume compared to other products trafficked online, its potential impact on international security is significant.

The proliferation and illicit international movement of firearms and explosives worldwide involves a complex mix of interrelated issues. Despite efforts to regulate firearms, there are multiple avenues for entrepreneurial criminals to bypass controls and traffic weapons across international borders. This issue has emerged as particularly relevant for EU security, despite the stringent firearms control measures.

One possible avenue is via the ‘dark web’, which hosts many different online black markets that facilitate the sale of firearms, weapons, explosives and banned digital materials. The role of the dark web has grown in prominence in recent years following its link to the 2016 Munich Shooting, where a lone-wolf terrorist used a weapon purchased on the dark web. These terror attacks cemented widespread public concern that the dark web is an enabler and facilitator for terrorists and organised criminals seeking firearms. However, despite these concerns, very little is known about the size and scope of the weapons trade on the dark web.

RAND Europe and the University of Manchester partnered to conduct a study commissioned by the Economic and Social Research Council through the Partnership for Conflict, Crime & Security Research. The study aimed to explore the worldwide illegal arms trade, with a focus on the role played by the dark web in fuelling and/or facilitating such trade.

Overall, the project had seven objectives:

To achieve these objectives, the project team employed a mixed-methods approach which included:

Scores of media outlets have featured our research, including the following: