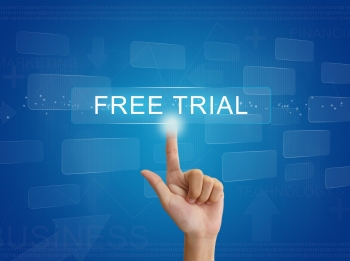 Labelling that includes a notice of the monthly fee to be charged after the end of a free trial can help to improve consumers' awareness of subscription traps, researchers found. However, there will still be many consumers who do not notice the information. Consumers' overconfidence in their ability to remember to cancel a free trial is likely to contribute to the success of these traps.

Misleading 'free' trial or test offers that subsequently trap consumers into subscriptions to purchase the test product or services are a persistent malpractice affecting many online consumers across Europe.

The European Commission appointed GfK Belgium, RAND Europe, and time.lex to carry out a study on misleading online free trials and subscription traps experienced by consumers in Europe.

As part of the study RAND Europe had two roles. The first was conducting a website screening exercise across the EU28 countries, Iceland and Norway to:

The second role was to conduct a behavioural experiment to explore how the provision of different types of information affected the likelihood that respondents would sign up for a free trial and whether they noticed the subscription fee and cancellation terms. The hypothetical websites focused on seven hypothetical items: weight loss supplements, muscle-building supplements, skin cream, acne treatment, dating, streaming video and data backup.

The behavioural experiment worked on the hypothesis that consumers fall victim to subscription traps for two reasons. Firstly, they may not realise that they are signing up for a subscription and, secondly, they are overconfident about remembering to cancel the subscription during the free trial period. The experiment was designed to investigate whether more information helped to make people more aware of the subscription details about products, while elements were also included to assess the role of overconfidence.

Over 10,000 respondents (10,132) from eight different countries across Europe (Italy, Lithuania, Sweden, Poland, Bulgaria, Netherlands, Germany and the UK) participated in the online behavioural experiment. All respondents were recruited through the GfK online panel. The experiment involved a 15-minute online questionnaire, with respondents being shown a series of websites designed to mimic common subscription sites for seven products. Each had variations in the amount of information about the product and free trial.

The questions were designed to collect information from respondents to:

After exposure to the first website and questions, respondents were likely to be more aware of the fact that the experiment was about subscriptions. They might have realised that the fine print contained details about a subscription and might have also known where to look to identify similar traps for future tasks. Therefore, for the remaining websites, individuals were no longer asked whether they noticed the subscription fees themselves; rather, they were asked if they believed that other shoppers would notice the subscription terms.

There are broadly three typologies of 'free trial'–based business models:

Health supplements and cosmetics were found to have the highest incidence of questionable or problematic practices of any category.

Audio and video streaming services were found to have two questionable or problematic practices above 50 per cent. Passing consumers' details was at 61 per cent and unclear or unspecified trade ID was at 64 per cent.

Dating services were found to have a high number of questionable or problematic framing strategies that prompted consumers to sign up for a free trial, with the rate being at 54 per cent. However, both health supplements and cosmetics still had a higher rate, at 72 per cent and 58 per cent respectively.

The experiment found that respondents were more likely to notice the recurring fees for digital products than physical products. However, this could be due to the different designs of the websites.

Additionally, 52 per cent of respondents claimed that they subscribe to a free trial with the intention to cancel, but only 38 per cent actually do.

Overall, the findings from the experiment suggest the following: