The cost of terrorism in Europe 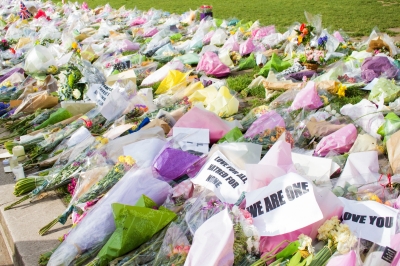 Besides the loss-of-life and sometimes life-changing injuries for the victims, terrorism leads to significant economic effects, with businesses, cities and nations losing billions in the aftermath of attacks.

Calculations show that terrorism has a large negative association with economic growth in Europe. Between 2004 and 2016, the 28 EU member states lost around €180 billion in GDP terms due to terrorist attacks.

The threat posed by terrorism in Europe is one which feels very real to EU citizens and residents. Since 2004, attacks in Madrid, London, Paris, Brussels, Nice and Berlin and other European cities mean that the phenomena is at the forefront of the minds of citizens and policymakers alike. Assessments by intelligence and law enforcement authorities in many EU member states indicate that a terrorist attack is highly likely or expected immediately. Therefore, national governments, politicians and policymakers are constantly looking at responses to these increased threats.

Besides the obvious emotional trauma caused by terrorist attacks due to the injuries and deaths to civilians, there are a range of other impacts that occur, from EU states' economic losses to the pronounced psychological effects on EU citizens who witness these attacks. Despite the infrequent nature of terrorist attacks, the range of impacts on EU citizens remains significant.

The RAND Europe study, commissioned by the European Parliament, explored the costs inflicted by terrorism within the EU between 2004 and 2016. This covered the following areas:

The study used econometric modelling techniques to quantify the impact of terrorism on the economy by looking at the effect on GDP growth per capita during the 12-year period between 2004 and 2016. The human cost of terrorism was calculated using the Institute for Economics and Peace's cost-of-violence methodology, which includes lost life-time earnings and cost of medical treatments from incidents of terrorism. The wider psychological effects of terrorism were explored through investigating the associations between terrorism activity within a country and the average levels of self-reported life satisfaction, happiness and trust among the populations of the EU member states.

The majority of the policy recommendations outlined in the report suggested stepping-up the use of existing measures and powers, or ensuring full implementation of changes and measures already proposed, and in some cases underway. These include:

However, the report notes that some of these policy recommendations could have implications for human rights legislation and data protection across the EU.