A review of induced travel demand 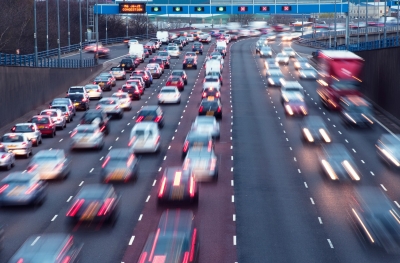 Through an extensive literature review, researchers found evidence that road capacity improvements result in induced travel demand, but most of the evidence came from large metropolitan areas outside the UK. More evidence from local studies would be helpful to ensure induced travel demand is properly accounted for in appraisal of capacity improvements to the UK's Strategic Road Network.

A major review of the evidence on induced demand was undertaken by the Department for Transport Standing Advisory Committee on Trunk Road Assessment (SACTRA) in 1994. It set out the principal concepts and methods for the treatment of induced traffic, which have since become embodied in the transport appraisal process adopted by the Department for Transport (DfT), and as described in WebTAG.

WSP and RAND Europe were commissioned by the DfT to undertake a literature review of the evidence for induced demand arising from road capacity improvements. The current literature review is intended to update the evidence presented in SACTRA, while the findings of this report will also inform the development of the analysis for DfT’s Roads Investment Strategy 2 (RIS2).

The objective of this study was to review the empirical evidence on induced demand, with a view to understanding the size of the effect and where and under what conditions it occurs. In practice, measured induced traffic effects will depend on the time period and geographical area over which they are measured, and whether short-run or long-run effects are included as well.

A two stage approach was used to identify a broad range of relevant literature for the evidence review. In the first stage we conducted a systematic search of academic databases for literature published in peer-reviewed journals, conference papers and work undertaken by universities and other institutions, including the DfT. In the second stage, the systematic search was complemented by also contacting key individuals in academia, industry and other stakeholder agencies to identify relevant literature. The majority of evidence gathered was from outside the UK.

More evidence from the UK would be desirable, as case study evidence is limited and the econometric evidence base mainly relates to increases in road capacity in large metropolitan areas, which may not be directly relevant to road building in the UK.

There is very little evidence on the composition of induced traffic in the short or long run. These are important for transport appraisal, where induced road traffic may come from other modes or result from economic growth due to land-use development associated with the transport investment. There may also be additional traffic resulting from changes in land use such that residences or business locations have transferred from other areas. Determining how best to measure this effect is itself an area for research. The geographical scale for measurement and appraisal becomes important in determining whether these are included as induced traffic.