Assessing the role of incentives in promoting physical activity 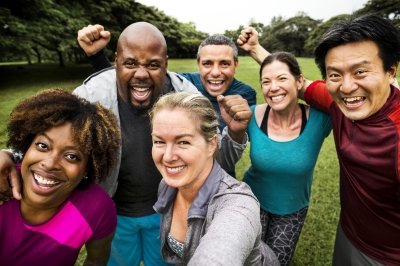 Discovery, and its insurance partners, offer wellness participants the opportunity to join a traditional wellness incentive programme, Vitality Active Rewards, in which an Apple Watch is provided as an incentive up front and repayment is dependent on level of activity.

Researchers found that this loss-framed incentive is associated with higher physical activity levels, and that these associations persist over time.

Benefits of physical activity include a lower risk of some major diseases, such as hypertension, cardiovascular disease, diabetes, and cancer. Physical exercise can also have positive effects on maintaining a healthy body weight and mental health. However, roughly about one third of the global adult population is not meeting the minimum weekly level of physical activity recommended by the World Health Organisation.

Against this background Discovery commissioned RAND Europe to conduct an independent evaluation of the Vitality Active Rewards with Apple Watch benefit programme.

The study used statistical regression methods, combined with large-scale population data from 422,643 Vitality programme members across the United Kingdom, the United States and South Africa, from 2015 to 2018. The empirical analysis examined whether the uptake of benefit led to an increase in tracked physical activity levels across different types of activity levels.

The findings of this study suggest that incentivising physical activity to tackle inactivity and a sedentary lifestyle can lead to better activity levels. Specifically, this study confirms that a loss-framed incentive such as the Vitality Active Rewards with Apple Watch benefit can improve physical activity levels beyond the incentive induced by a gain-framed incentive which provides individuals only with rewards for physical activity such as the Vitality Active Rewards programme. Though more unhealthy individuals are much less likely to take up an incentive of this nature, when they do the results can lead on average to a more pronounced behaviour change than we see in already relatively more active and healthy individuals. This is important when designing health promotion programmes.