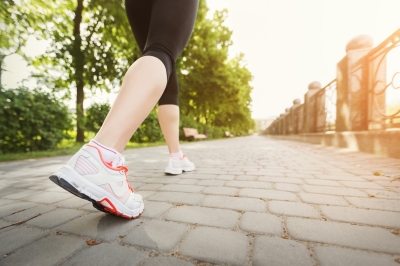 Creating enduring change in physical activity is hard as there are significant barriers to change. However if this can be achieved, evidence shows that societies will be healthier and more prosperous.

Regular physical activity has many health benefits and is associated with lower risk of hypertension, cardiovascular disease, breast and colon cancer, as well as diabetes. It is also associated with a positive impact on mental health, possibly reducing the risk of the onset of dementia, as well as improving anxiety and depression.

Despite the documented positive effects of exercise, insufficient physical activity has become more common over the past decades. Globally, about one in three adults is not achieving at least 150 minutes of moderate intensity or 75 mins of vigorous-intensity activity per week. And in high-income Western countries, almost 40 per cent of the population is inactive, compared with about 16 per cent of people in low-income countries.

It is estimated that every year, physical inactivity is associated with up to 5 million deaths worldwide, and contributes to healthcare expenditures, as well as lost productivity.

The study included a literature review, statistical modelling to examine the associations between physical activity and a range of outcomes, and a multi-country macroeconomic model that enabled researchers to assess how the overall economic output of a country could be affected by improving the population’s physical activity levels.

Creating enduring change in physical activity is hard as there are significant barriers to change. However if this can be achieved, evidence shows that we can create healthier and more prosperous societies. Decision-makers could consider a wide array of evidence-based interventions and programmes to improve levels of physical activity. Four key areas, not mutually exclusive, are worth exploring:

Decision-makers could consider approaches that may encourage individuals to shift behaviour or change attitudes. Interventions could consist of individual or community messaging and incentives for people to change behaviour and take more responsibility for their health. Humans are social animals and often approaches that have a community, social and family dimension tend to be more effective.

Evidence shows that context matters a great deal. There are a number of examples where individuals have poor access to facilities. We find that a range of community-based and school-based strategies can be effective.

Lack of access to programmes and interventions can be a significant barrier. This may affect certain groups such as poor, ethnic minorities and those on low incomes more. However, along with access, awareness can be an issue. A problem is that interventions can be seen as a tick-box exercise by decision-makers and little thought is given on how to create awareness of and drive participation in interventions.

Interventions and programmes can often be quite fragmented and even isolated. As such, different interventions may need to sit alongside each other to produce a greater effect.