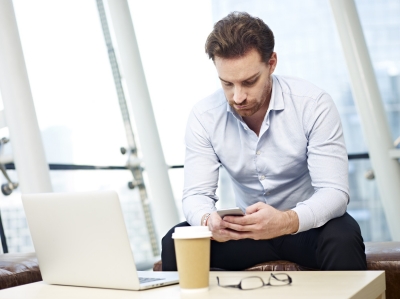 Studies of cCBT tools indicate that they have a positive effect on many mental health outcomes, particularly for those with depression, anxiety disorders and insomnia. Fewer studies examined work-related effects, but those were also positive.

Computerised Cognitive Behavioural Therapy (cCBT) describes a number of methods of delivering CBT via an interactive digital interface which may use patient input to make some psychotherapy decisions. The therapy can be delivered via a number of devices, including computers, phones and other mobile devices, and can be used as a primary treatment intervention with minimal therapist involvement, or as a supplement to a therapist-delivered programme.

RAND Europe’s 2014 study for the UK Department for Work and Pensions explored policy options to improve employment outcomes for people with common mental health problems. The review identified the wider provision of cCBT as a potentially cost-effective means by which to enable wider public access to specialist mental health services, and in doing so facilitate better health and employment outcomes for individuals.

That year, RAND Europe also carried out an initial mapping of online platforms that provide therapies and offer interactive platforms and mobile applications to improve wellbeing or address a specific mental health need. However, evidence on the effectiveness of such tools at the time was limited.

Two years later, new applications had been developed, and it was expected that the evidence base behind the effectiveness of such platforms had similarly grown. The British firm Ingeus expected that more substantial comparisons between the design of interventions and outcomes achieved by different cCBT platforms, and possibly between cCBT platforms and other models of support, would be possible.

To that end, Ingeus commissioned RAND Europe to update the review of existing online tools, platforms and applications that offer assessment and support for mental health needs. The objective was to build a qualitative and robust picture of products offered on the market, including information on channels used, characteristics of support, functionalities offered, and costs involved. The review focused specifically on the existence and robustness of available evidence on mental health and employment outcomes, and compared these where possible.

The project team used a structured literature review to conduct the study. Through a targeted online search and snowballing approach, we identified recent academic literature. A standardised extraction form was used to extract information about the characteristics and efficacy of cCBT tools. The information was subsequently coded to facilitate a structured comparison in which the researchers are now engaged.

RAND Europe held a roundtable discussion at the House of Commons on 26 October 2016 to present the report's findings and encourage a robust exchange of views among experts.