Understanding External Determinants of the Effectiveness of Conditional Cash Transfers

Conditional cash transfer programmes (CCTs) are seen as particularly effective in low- and middle-income countries, but relatively little is known about the interface between the supply of services and programme administration and specific human development outcomes. RAND Europe assessed the effectiveness of CCTs through a two-year grant from UK Economic Social Research Council and Department for International Development. 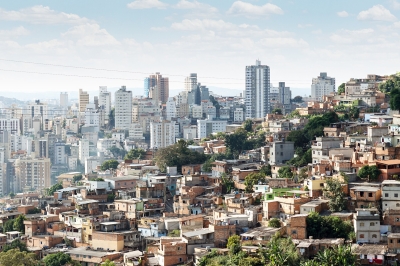 The financial crisis of 2010, price shocks, and the effects of climate change resulted in a drop in financial flows to developing countries and a sharp increase in the number of people living in extreme poverty. Decreasing resources forced policymakers and researchers to seek efficient and effective means to alleviate this poverty and led them to ask whether existing approaches were adequate, or whether fundamental changes were needed to ensure that programmes were effective.

Prior to the crisis, there was already an exponential increase in the number and scale of conditional cash transfers (CCTs) — social protection programmes that provide cash to households as long as the households comply with certain conditions, such as sending children to school or having frequent health checks. By 2007, 29 countries had CCT-type programmes. Bolsa Familia in Brazil was one of the first, and remains the largest at over 13 million households. Outside of Latin America, CCT programmes emerged in Africa, Asia, and New York City. Some of the largest CCTs were born in part as a response to a crisis situation. PROGRESA in Mexico was designed and launched following the 1995 debt crisis in Mexico and the subsequent attempts to reduce fiscal deficits.

Through ESRC/DFID Award RES-167-25-0563, a two-year grant from the UK Economic Social Research Council (ESRC) and Department for International Development (DFID), RAND Europe and the Institute for Fiscal Studies (IFS) are assessing the effectiveness of CCTs in use in low- and middle-income countries. By analysing the impact of external conditions at the institutional and household level on CCT programme effectiveness, we aim to start addressing some of the gaps in our understanding of the effectiveness of CCTs and to contribute to more effective and efficient government programmes to alleviate short- and long-term poverty.

CCTs have been evaluated extensively, but important questions remain outstanding. CCTs have very heterogenous impacts in different contexts. We need to understand how this heterogeneity is explained by environmental factors, the availability of infrastructure for the provision of health and education services and by individual background variables. We need to gain a good understanding of the mechanisms through which CCT obtain the impacts they do. Without this knowledge, we cannot determine the likelihood that CCTs will effectively alleviate poverty in the current economic environment.

Our project is a comparative study consisting of two phases. The first phase builds a robust database on CCTs' effectiveness, compiling data from pilot programmes, household surveys, and evaluations. Findings from the first phase, combined with a review of academic hypotheses about CCTs, would inform the second phase of the project: in-depth analysis of specific cases, such as Bolsa Familia.

In particular, the work seeks to explore the relationship between effectiveness and a range of external factors:

We are considering programs in four different countries: Argentina, Brazil, Colombia, and Mexico. Case study selection is motivated by the fact that these CCTs span different realities and provide a wide range of evidence. The case studies would allow for comprehensive examination of the interplay between external conditions and CCT programmes, building a foundation for understanding variability in CCT effectiveness.

To date, we have conducted the following field work:

Bolsa Familia (BF) is the largest CCT programme in the world. It currently includes over 13 million poor Brazilian families, or about 25 percent of the population. Like other CCTs, the aim is to provide cash transfers to poor households. In exchange, beneficiaries have to comply with a number of conditions, including sending children within the household to school, taking up vaccinations and regular health check-ups for mothers and children.

This article describes the effects of Bolsa Familia on child mortality:

RAND conducts work in developing countries through many of its research units and centers. Learn more about RAND's international development research on these pages: