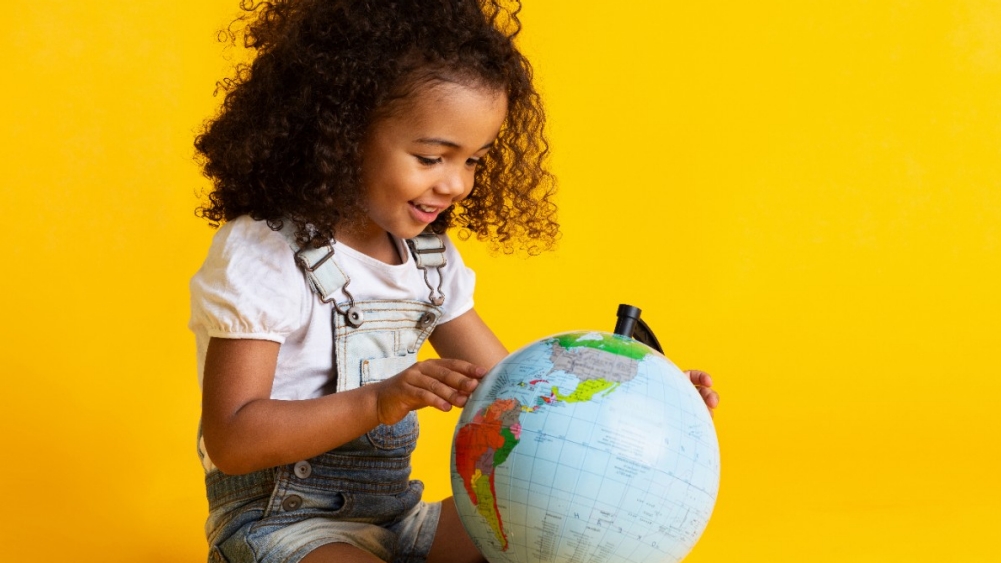 Researchers developed case studies on at-scale initiatives in early childhood development in the Netherlands, Israel, Peru, and Brazil. They ensured that efforts were systematically captured, assessed and available for other governments, practitioners and foundations to use.

The Bernard van Leer Foundation is an independent foundation working globally to inform and inspire large-scale action to support the health and well-being of babies, toddlers and the people who care for them. In 2019, they commissioned RAND Europe to deliver a set of case studies to document learning about initiatives to achieve impact at scale in early childhood development programmes.

In producing these case studies, RAND Europe aimed to ensure that lessons on achieving change at scale were systematically captured, assessed and available for other governments, practitioners and foundations to use. In particular, the project sought to understand the critical conditions for achieving sustainable impact at scale in early childhood development.

Each case study involved a careful review of documentation and interviews with a range of stakeholders, to hear directly about their experiences and reflections.

Lessons Map: An overview of five case studies in the field of early childhood development 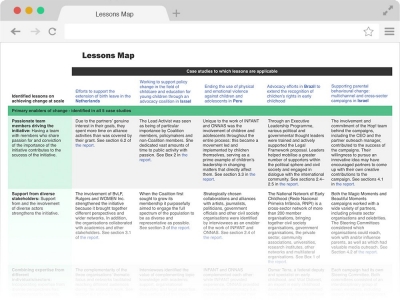 A partnership between the Bernard van Leer Foundation, Rutgers and WOMEN Inc. supported the introduction of an important legislative change in 2018 which extended the leave entitlement for partners of mothers in the Netherlands. In analysing the efforts and impact of this alliance, this case study offers valuable lessons for others aiming to inform policy change, or more specifically, improvements around engaged fatherhood and parental leave arrangements.

Case study on the Coalition for Education from Birth in Israel

This case study looks at the work of the Coalition for Education from Birth in Israel and its activities to bring about a change, amongst other outcomes, in childcare regulation and provision in Israel. In particular, it captures learning on working for policy change through an advocacy coalition.

In 2015 an important law was passed prohibiting physical and psychological violence against children and adolescents in Peru. RAND Europe was commissioned by the Bernard van Leer Foundation to investigate the role played by two civil society children’s organisations, INFANT and ONNAS. The case study highlights five key factors that helped to maximise the impact of these organisations, providing valuable lessons for others aiming to drive social policy change.

This case study analyses the events and debates between 2012 and 2016 leading up to the adoption of a Legal Framework for early childhood development in Brazil, focusing on advocacy efforts of the National Network of Early Childhood (RNPI). It highlights the factors that facilitated the adoption of the Legal Framework, as well as some of the challenges experienced in the process. Finally, it describes the continued work by RNPI and the Brazilian judiciary to ensure the effective implementation of the Legal Framework.

This case study analyses two campaigns developed by the Bernard van Leer Foundation and Hop! Media Group for parents in Israel: the Magic Moments campaign focussing on the Hebrew speaking population and the Beautiful Moments campaign focussing on the Arabic speaking population. Both campaigns aimed to raise parental awareness of how the time they spend with children contributes to child development and encouraged parents to adopt new behaviours that can contribute to their child's development. The case study highlights several factors that seem to have contributed to the campaigns' success, including the partnerships with different sectors, tailoring to different audiences, involving experts and combining online, offline and fieldwork activities.