The Economic Benefits of Later School Start Times in the U.S. 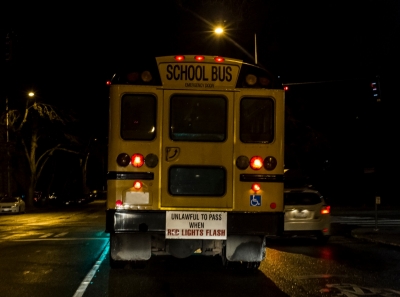 However, an economic analysis shows that delaying school start times is a cost-effective, population-level strategy that could have a significant, positive impact on public health and the U.S. economy.

Numerous studies have shown that later school start times are associated with positive student outcomes, including improvements in academic performance, mental and physical health, and public safety. In fact, the American Academy of Pediatrics and the American Medical Association recommend that middle and high schools start no earlier than 8:30am to accommodate the known biological shift in adolescent sleep-wake schedules. Despite the scientific evidence, the Centers for Disease Control and Prevention (CDC) estimates that 82 percent of middle and high schools in the U.S. start before 8:30am, with an average start time of 8:03am.

Extending school start times are increasingly becoming a hotly debated topic in school districts across the U.S. Those against the move claim that later school start times could result in significant additional costs for schools due to changes in transportation strategies, such as bus schedules and changes to parents’ work schedules.

Researchers investigated the economic implications of later school start times in the U.S. through an economic analysis (in 47 U.S. states) of a state-wide universal shift to 8.30am.

Using a novel macroeconomic modelling approach, the study estimated changes in the economic performance of 47 U.S states following a delayed school start time of 8.30am, which includes the benefits of higher academic performance of students and reduced car crash rates. The model projected changes to the U.S. economy over a 20 year period following the policy change.