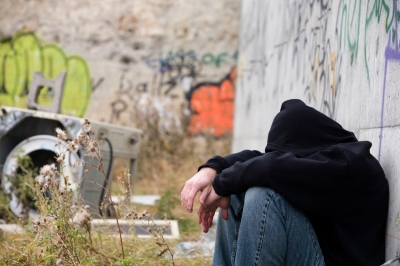 The Home Office established the Ending Gang and Youth Violence (EGYV) programme following a report into the summer riots in 2011. The programme focuses funding on a number of areas in England identified as facing the biggest challenges in relation to youth violence and gangs, and aims to help these areas build capacity to respond effectively to local issues.

Practitioners and policymakers tasked with responding to gangs face challenges stemming from limited robust estimates as to the prevalence of gang membership and the difficulty of formulating a useful working definition of a gang or a gang member.

Debate continues as to whether gangs in UK cities are shapeless gatherings of peers or are more structured groups that coerce “reluctant gangsters” into their ranks. Understanding these issues is an essential basis for formulating policy responses to gangs.

RAND Europe was commissioned by the Home Office to deliver research in EGYV areas. The aim was to understand perceptions of the nature of urban street gangs and whether these gangs have changed in recent years, to better understand the national gangs picture and the challenges and emerging threats facing local areas.

In contributing to the evidence base for the EGYV programme, the study drew upon the experiences of practitioners from a range of agencies who were involved in formulating local responses to urban street gangs and pulled together the most recent research and practice literature. The aim was to support strategic decision making around future work to improve outcomes for individuals and communities affected by gangs and gang activity.

This study was the first to collect information about perceptions of gangs in so many areas of England.

The project team found that there were variations in practitioners’ perceptions of the extent and nature of gangs and whether they had changed. Variation between respondents from different areas was expected. However, the study findings show that practitioners from the same area often had different views on issues such as estimating the number of gangs in the area, the use of weapons by gang members and how visible gangs were.

When asked to comment on whether ‘overall, the nature of gangs in their area had changed over the last two years’, 70% of survey respondents thought that gangs had changed. Specifically, gangs were generally thought to be less visible - spending less time on the street and conducting criminal activities more covertly. Practitioners and gang associates thought the decline may, in part, be in response to law enforcement activities and other interventions to prevent gang activities.

Linked to declining visibility, it was reported that some gangs were becoming more like organised crime groups, especially in relation to involvement in drug markets. Practitioners reported that they were increasingly concerned about young people being used to transport and sell drugs, and the sexual exploitation of women and girls, and there was some evidence that these issues were perceived to be more prevalent now than two years ago. However, practitioners also recognised that there was increased awareness and prioritisation of these issues locally through the work of the EGYV programme, which could have influenced perceptions about the extent of the problem.