Impact of ammonia emissions from agriculture on biodiversity 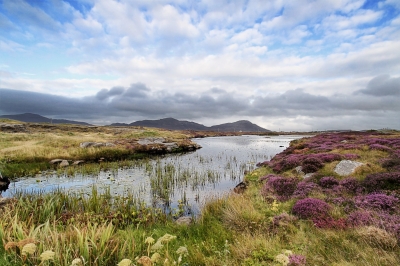 Ammonia can have significant effects on both human health and the natural environment. Its emissions negatively affect biodiversity, with certain species and habitats particularly susceptible to ammonia pollution.

Quantifying the economic impact of ammonia emissions on biodiversity is challenging and the methods used are subject to debate, but a conservative estimate suggests that if no action is taken to reduce ammonia emissions, the negative impacts on the UK in 2020 could be equivalent to costs of more than £700m per year. Policy actions to support agricultural interventions could include a mix of regulation, incentives and education.

As levels of other air pollutants have declined, ammonia emissions in the UK have been rising since 2013, with significant implications for ecosystems and human health. The main source of ammonia is agriculture, where it is released from manure and slurry and through the application of manmade fertiliser. The agricultural sector produced 82 per cent of all UK ammonia emissions in 2016.

A form of nitrogen, ammonia is a colourless gas released when organic matter is broken down, and it can have significant effects on both human health and the natural environment. In the atmosphere ammonia can bind to other gases to form ammonium which has particularly negative impacts on cardiovascular and respiratory health systems. Ammonia can have a direct toxic effect on vegetation or changes in species composition because of nitrogen deposits.

RAND Europe, in collaboration with and funded by the Royal Society, examined the evidence on the effects of agricultural ammonia emissions on biodiversity. The researchers' goal was to provide an overview of the existing evidence in three main areas:

This study aims to be of use to policymakers and others interested in understanding the current status of the evidence around ammonia emissions and the impact on biodiversity.

This analysis was based on a rapid evidence assessment of the existing literature on the impacts of ammonia emissions from agriculture on biodiversity and the possible interventions to reduce emission levels. To complement the literature review, the researchers interviewed six key experts in the field to provide a deeper understanding of the broader topic. The methodology was underpinned by the evidence synthesis principles developed by the Royal Society in collaboration with the Academy of Medical Sciences, and the project was in part intended to be a pilot for the use of those principles in practice.