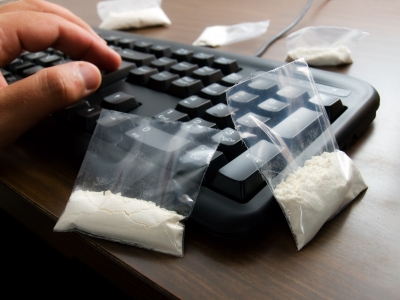 Illegal drug transactions on cryptomarkets have tripled since 2013, with revenues doubling. But at $12-21 (€10.5-18.5) million a month, this is clearly a niche market compared to the traditional offline market, estimated at $2.3 (€2) billion a month in Europe alone.

In 2013, the FBI shut down Silk Road, the first major cryptomarket on the hidden web (also known as the ‘dark web’) which had launched the online trade of illegal goods, such as illicit drugs. Only a month later, its place was filled by a copycat and despite several other raids, several online market places are still running. In the Netherlands concerns have been raised about the trade of illicit drugs on these market places and the potential role the country may play as a producer, transit or destination country of these substances.

The Dutch government was interested in the nature and extent of this phenomenon and the role of the Netherlands in particular.

The Research and Documentation Centre (Wetenschappelijk Onderzoek- en Documentatiecentrum, WODC) on behalf of the Dutch Ministry of Security and Justice (Ministerie van Veiligheid en Justitie) commissioned RAND Europe to characterise the scope and size of drugs trade over the Internet and to delineate potential avenues for law enforcement for detection and intervention of these activities.

The study looked at the characteristics of vendors, buyers and other actors involved in online drugs trade, the type of drugs being sold online, the size of online drugs trade and how this might be tackled through law enforcement activities.

To this effect, the researchers did the following:

Modes of Detection and Intervention

The study identified four broad potential strategies that are available to law enforcement agencies in the detection and intervention of the Internet-facilitated drugs trade:

In addition, international cooperation and coordination (and the accompanying legal challenges), capacity and resources and (technical) capabilities could play a facilitating role in deploying the different strategies to tackle Internet-facilitated drugs trade.

Scores of media outlets worldwide have featured our research, including the following: