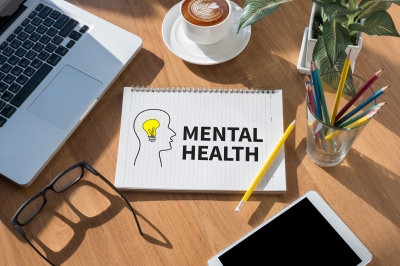 Burnout and stress can be a challenge for university research staff and postgraduates. An exploration of the strengths and limitations of the existing evidence base on mental health in the research environment, conducted for the Royal Society and Wellcome Trust, found that more work is needed to understand both the needs of researchers and how they can be addressed.

Evidence indicates that a considerable proportion of university students have experienced mental health problems. However, although there is reason to expect that university researchers may face similar challenges, there has been less work focusing on this specific group. There also appears to be little published work on the mental health needs of researchers working outside of universities.

In the research environment, as in other workplaces, a range of factors can impact individuals’ mental health. The pressure to publish and win grants in highly competitive environments; job insecurity; workplace bullying and harassment; and work/family conflict can all have an effect. Some of these factors arise in various work environments, while others may be more specific to research. To ensure researchers receive adequate support so that mental health issues can be addressed and prevented, it is important that the mental health needs of individuals in the research environment be understood.

As a first step towards addressing the issue, RAND Europe was commissioned by the Royal Society and Wellcome Trust to assess what is known about mental health in the research environment, and explore the strengths and limitations of the existing evidence base.

The project team conducted a review of existing literature, focusing on the following research questions:

More work is needed to understand both the mental health needs of researchers and how they can be addressed. Based on the evidence gaps identified and the information that is available, the following avenues for further research on this topic were suggested: