The Costs of Untreated Opioid Dependence: A Scoping and Development Project 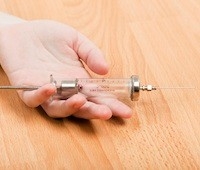 Opioids — the generic term used to describe chemicals from opium poppies and their synthetic analogues — are the active ingredients in illegal drugs such as heroin and legal drugs such as prescription painkillers. Estimates for the UK National Treatment Agency suggest that around 260,000 people in the UK use opioids.

There are a range of social and economic, tangible and intangible costs associated with being opioid dependent. These include costs to government and tax payers from the use of hospitals, the criminal justice system and the welfare system; costs to individuals, from under employment or health problems associated with dependency; and costs to the families and communities of those who are opioid dependent, including family breakdown and inter-generational effects.

While some who are opioid dependent are in treatment, others are not. Reckitt Benckiser Pharmaceuticals commissioned RAND Europe to develop a framework for estimating the cost of untreated opioid dependence. This framework enables a robust and comprehensive approach to mapping and quantifying the range of costs, economic and social, tangible and intangible.

Our research determined that knowledge about the harms of opioid dependence is limited and patchy. Existing estimates vary in geography, type of opioid use, and definition of dependence. Moreover, welfare and intangible costs are not well estimated but appear significant. Likewise, costs to those who are dependent, their families and communities are not well estimated.

We propose a framework that can be used as a tool for calculating the costs of different types of opioid dependence in different contexts. This framework sets out eight steps to guide decisions about cost estimation. The framework is intended to lead to estimates that: