Analysing the Impact of the Workplace Wellbeing Charter 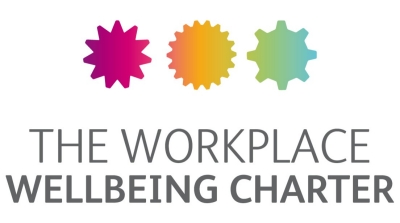 An analysis of the take-up and impact of Public Health England's Workplace Wellbeing Charter (WWC) found that the charter contributed to making a positive difference for accredited organisations and their staff.

However, while participating organisations showed a number of improvements in policies, infrastructure and the provision of wellbeing programmes, these changes could not be unambiguously attributed to WWC accreditation, partly due to lack of available information on outputs. Public Health England should therefore introduce a system to monitor the nationwide use of the WWC at the national level and further develop reporting guidance and tools for WWC accreditation.

There is an increasing acceptance among UK companies and the UK government that health and wellbeing in the workplace is important. This is in part due to significant changes in the labour markets across industrialised countries including increased female participation; the move from blue collar to white collar jobs; the higher educational levels of workers; and the transition from an economy based on manufacturing to one more reliant on the services sector.

Against this background, in June 2014, Public Health England published a set of national standards for workplace health for the first time. This is the Workplace Wellbeing Charter, designed to provide employers with a systematic, evidence-based approach to workplace health improvement. For businesses, the Charter’s website describes the Charter as ‘a statement of intent, showing your commitment to the health of the people who work for you.’

RAND Europe was commissioned by Public Health England to undertake an analysis of the take-up and impact of the Workplace Wellbeing Charter. It is important to note that this study was not an impact evaluation, and did not attempt to draw robust conclusions about the overall impact of the WWC, or the likelihood or type of positive impact in any organisation. Rather, it sought to answer the following questions:

The answers will be used as a basis to allow organisations to make more informed decisions about the relevance of the WWC to their own needs and potential ways to implement it in their workplaces.

The analysis was conducted in two main parts:

The study identified a number of improvements in policies, infrastructure and the provision of wellbeing programmes by participating organisations, such as sickness absence, job satisfaction and staff morale. However, these changes could not be unambiguously attributed to the WWC accreditation and the wellbeing activities, partly due to lack of available information on outputs (the overall number of wellbeing events and initiatives) and outcomes (staff participation data).

Amongst other findings, the study identified a number of areas where the WWC contributed to making a positive difference to the accredited organisations and their staff:

We recommend that Public Health England:

Local providers should continue working with organisations to build partnerships with local services and to facilitate the links with relevant institutions and organisations.