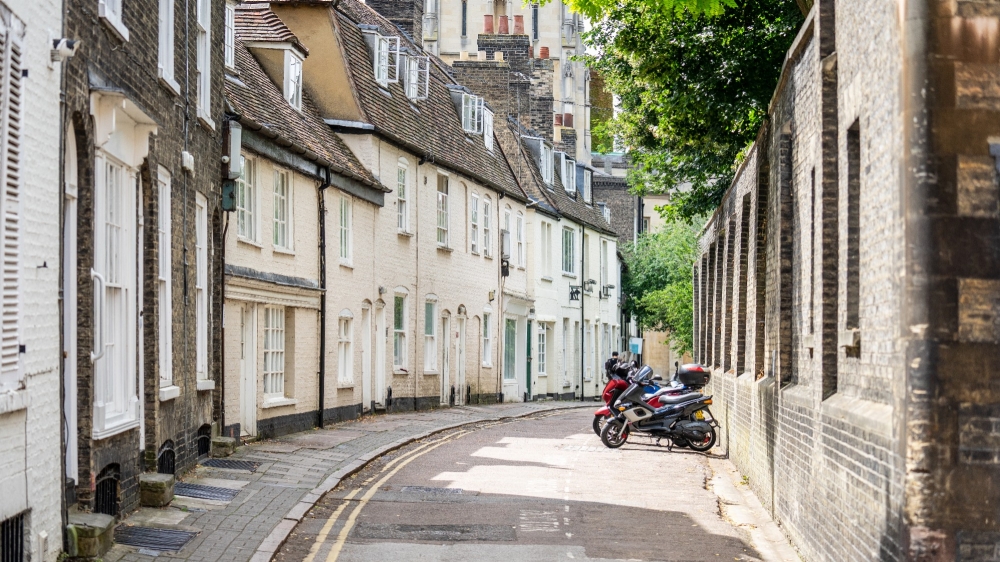 Cambridge Ahead asked RAND Europe to examine housing affordability in the Cambridge travel-to-work area. Researchers found that almost half of the households living in this area would financially struggle to live in Cambridge itself.

A major concern among decision makers in Cambridge is ensuring that those working in the city can afford accommodation that meets their needs within a reasonable distance from their place of work. Existing research has identified Cambridge as having one of the least affordable housing markets in the UK. This has resulted in a housing affordability gap, where households earning £25,000-£45,000 per year struggle to access housing that is affordable and suitable for their needs.

If certain groups of workers are priced out of the market, it can create shortages in the supply labour and impede local growth. It is important therefore to create a sustainable environment whereby those working in the city can afford suitable accommodation that meets their needs within a reasonable distance from their place of work.

Cambridge Ahead commissioned RAND Europe to undertake research to estimate the incidence of this housing affordability gap across the Cambridge travel-to-work area (TTWA), by using ONS microdata to estimate the number of households across the TTWA that have an income below £45,000 per year. 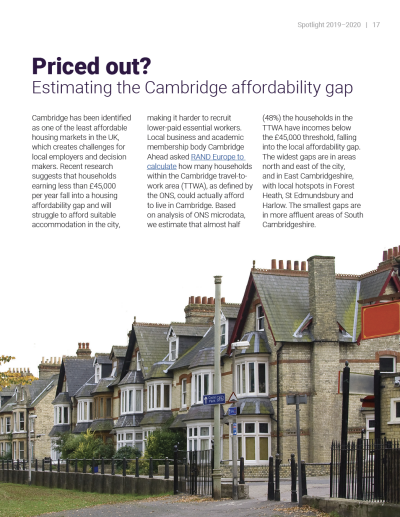