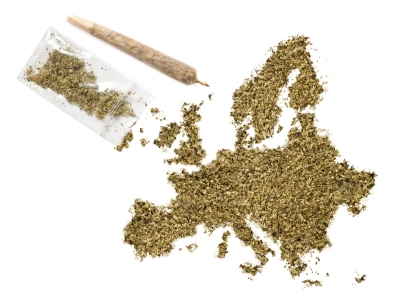 Their key recommendation was that the European Commission propose an updated Action Plan for the period 2017–2020 that continues to translate the current plan's high-level objectives into concrete action.

Drugs continue to be a complex health, social and security concern in the European Union (EU). Over 80 million adults in Europe are estimated to have tried illicit drugs in their lifetime. This personal use imposes costs on healthcare and criminal justice systems across the EU. Recent years have seen greater attention paid to the apparent increase in new psychoactive substances or ‘legal highs’; the scale of use and health risks of these substances is not yet fully understood and the legal and policy response is still in development across the EU.

The United Nations Security Council and General Assembly have repeatedly highlighted the significant negative impact of illicit drugs on peace, security and development — within the EU and within countries where drugs are grown and through which they are trafficked. The drug trade impacts on the wider society, fuelling violence and corruption and through its links to organised crime.

Addressing the negative impacts of drugs requires pan-European and international cooperation, and the involvement of a number of sectors, including public health, education, security, defence, economics and finance, and justice. The EU and Member States have worked together to develop a European response to the complex issue of licit and illicit drugs production, trafficking and consumption. The first European plan to combat drugs launched in 1990. The current EU Drugs Strategy spans from 2013 to 2020 and, like previous strategies, focuses on the objectives of drug demand and supply reduction, improved coordination, international cooperation and information sharing, monitoring, research and evaluation.

The study employed the European Commission standards or evaluation, examining efficiency, effectiveness, relevance, coherence and added-value of the Drugs Strategy and Action Plan. It was characterised by extensive consultation of the spectrum of stakeholders who play a role in EU drug policy and careful analysis of available data about trends in the EU Drugs situation. Research activities included: