The future of Arctic cooperation in a changing strategic environment 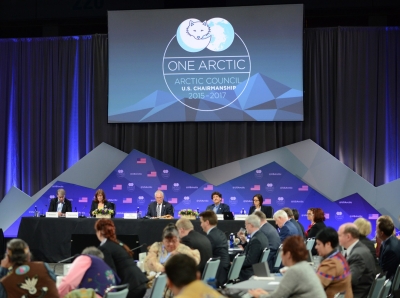 Although the Arctic is one of most conflict-free regions in the world, questions have emerged about how resilient it would be to major changes. RAND and RAND Europe researchers examined factors that could potentially upset Arctic cooperation in the coming decade.

A table-top exercise found that, while there is potential for tensions to rise if nations in the Arctic region make claims on disputed resources, they are more likely to respect established international norms than attempt to circumvent them.

In recent years, the Arctic has been increasingly described as a region of intensifying geostrategic competition. As the region’s ice cover gets thinner and smaller in area due to rising temperatures, there could be a number of implications:

By most accounts cooperation in the Arctic region remains strong. Institutions such as the Arctic Council support agreements between nations and other stakeholders on areas of common concern, such as search and rescue and oil-spill responses. Meanwhile, nations with an interest in the region have generally agreed that coordinated action furthers the interests of all.

However, despite Arctic being one of most conflict-free regions in the world, questions have emerged about how resilient it would be to major changes, some of which the region is already experiencing, and whether the current patterns of cooperation between nations would continue.

RAND Europe worked with RAND Corporation to examine factors that could potentially upset cooperation in the Arctic region during the next decade. These focused on three potentially contentious areas:

RAND Europe organised a table top exercise (TTX) on international cooperation in the Arctic region hosted by the Norsk Utenrikspolitisk Institutt (Norwegian Institute of International Affairs – NUPI) in Oslo, Norway on 6 and 7 June 2017. Participants from seven countries with territory in the Arctic (Canada, Denmark, Finland, Norway, Sweden, Russia and the US) and the UK were invited to discuss a series of focal events that could alter the regional security environment in the 2020 decade.