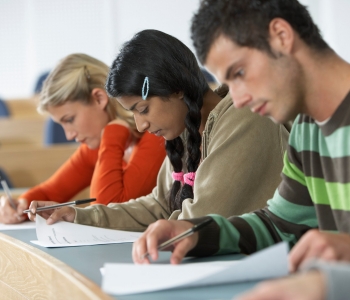 Countries that offer non-selective and open access to higher education also see high drop-out rates. RAND Europe compared admission requirements across Europe and in other countries and recommends the creation of either a registry of European Union admissions' agencies, to share best practices, or a European-wide support system to act as an information portal and support service for higher education admissions in Europe.

These systems also tend to also have the lowest proportion of pupils from disadvantaged background, according to a large-scale survey conducted by Eurostudent in 2011. And the increase in enrolment rates is in general not matched by a proportional increase in public (or private) expenditure, putting higher education institutions under extreme financial pressure.

In an effort to tackle the challenge of admissions in higher education in Europe, the European Parliament commissioned a study by RAND Europe and LSE Enterprise, the consulting arm of the London School of Economics, to compare admission requirements across Europe, the US, Japan and Australia.

Entry requirements play an important role in solving the concerns mentioned above, because they can help to match applicants to the most appropriate course of study (hence reducing failure rates), as well as regulate enrolment across disciplines to meet the needs of a country.

This study aimed to: