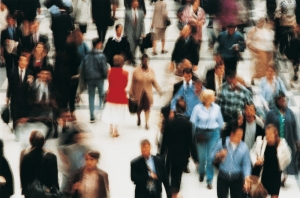 Intolerance based on ethnic, national, racial and religious grounds is an area of high public concern, but there is relatively little empirical research that provides an overview of how apparently rising hate crime and growing support for some populist parties relate to wider public attitudes. The Open Society Foundation asked RAND Europe to assess existing evidence and map reported intolerance over time and across western European countries. The study examines which countries are experiencing the most significant changes in levels of intolerance and against which groups; it also considers implications for policy.

Intolerance is highly visible in Western Europe and has significant implications for policy, social outcomes, and well-being, but the range of factors contributing to it is not yet fully understood. Moreover, the effectiveness of different approaches to fostering cohesion and tolerance is not well evaluated.

With high public visibility but a weak evidence base to inform decisions, governments can find it challenging to decide how best to balance the protection of an open society and civil liberties, on the one hand, with the facilitation of social cohesion and well-being in diverse societies, on the other. Research is needed to provide a cross-national understanding of whether and how intolerance in Europe may be changing. This research can then form the basis for policymakers, civil society organisations and others to understand and anticipate potential challenges, and to pursue policies and interventions in a more informed manner.

With the support of the RAND Europe Council of Advisors, researchers are expanding the geographical scope of the original project to include non-EU15 countries; the team will also undertake cross-national statistical analyses of pre-existing data exploring individual and national correlates of intolerance (e.g., racial, religious, and sexual).

Our intention is to assess the extent of consistency between malleable factors and different forms of intolerance in a cross-national context. For example, we intend to examine whether or not the individual factors strongly associated with religious intolerance in France are the same as those in Germany.

The motivation for this work is that while there is no shortage of commentary, there is a dearth of empirical research in this area. More fundamentally, policy in this area does not seem to be built on the little evidence that is available.

In doing so, this part of the research was also aimed at increasing our understanding of the relationship between findings across different surveys in this area, and enabled us to identify gaps in knowledge about whether and where intolerance is rising and against which groups.

The second phase of research built upon the identification of gaps in our understanding of whether and where intolerance is rising, to begin to identify sources of data that could help provide a fuller picture. For example, existing literature tends to focus on attitudes to migration and ‘foreigners’, focusing on economic changes and migration or growing diversity as drivers of intolerance. We sought to identify data that would allow us to assess other factors, including consideration of longer term trends such as ageing populations, and more immediate one-off events, or ‘critical incidents’, that may increase the visibility of intolerance and heighten concerns about migration or diversity.

Finally, the third phase of research considered the relationship between policy and intolerance, linking the first two phases of the research to questions about what can be done to intervene to reduce intolerance. The aim was to use the findings from the cross-national and trend analyses to help identify potentially useful levers for reducing intolerance, as well as those that may be less useful and may even appear to be associated with increasing intolerance.

The focus of this stage was on obtaining a clearer understanding of the relationship between related policies, such as those around multiculturalism, migration and security, and trends in intolerance and migration in selected countries. This part of the study was conducted in the form of case studies of countries that were selected for their ability to inform the questions at hand.