Modeling the Economic Benefits of Malaria Control in Sub-Saharan Africa 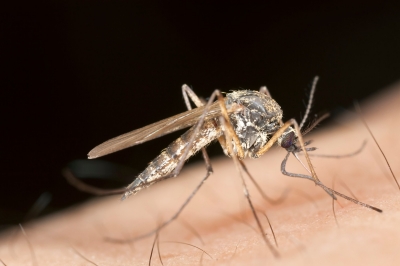 Researchers developed a computable general equilibrium model to help understand the economic benefits of malaria control in Ghana, as well as the role that health investments can play in stimulating growth in developing countries and to improve health policies.

The study found that investing in malaria vaccination for children not only helps in reducing malaria cases and deaths, it could also have long term macroeconomic benefits when these children enter the workforce as adults.

According to the World Health Organisation (WHO), there are nearly half a billion cases of malaria annually worldwide, with children under the age of five being particularly at risk. Not only does this cause a significant health problem in some parts of the world, it also carries a huge burden that impairs economic and social development in these areas. This means that reducing the prevalence of malaria through a large-scale prevention programme has the potential to contribute considerably to sustainable economic development in the region.

Measuring the relationship between health interventions, such as malaria prevention, and economic outcomes is particularly challenging because the links between public health and economic systems are complex. A computable general equilibrium (CGE) model is an approach that takes into account the many interactions throughout an economy and allows for more reliable measurement of economic outcomes.

Facilitated by a research grant from GSK Biologicals, RAND Europe took part in a study which enhanced CGE models for a sub-Saharan country to include the impact of health benefits, in particular malaria control. Simulations of the model focused on how the economy may respond to malaria vaccination of children under the age of 5. The overall aim of the study was to enhance our understanding of the role that health investments can play in stimulating growth in developing countries and to improve health policies. Given the novelty of this approach, the aspiration was that the research would also support academics and researchers seeking to further improve analysis in this area.

Having more detailed and varied information can help policymakers make the best decisions for their country’s short- and long-term objectives. With regard to diseases like malaria, intervention strategies exist that are within the remit of a political decision-making process, but policymakers may not know the full economic and societal impacts of the disease. This research aims to provide a better understanding of the extent to which investing in the fight against malaria is a sustainable long-term investment.

To develop the model, researchers looked at microeconomic details, such as household behaviour, to provide a foundation for macroeconomic assessments: