What Have We Learned About Leveraging Health Information Technology to Improve Health System Performance? 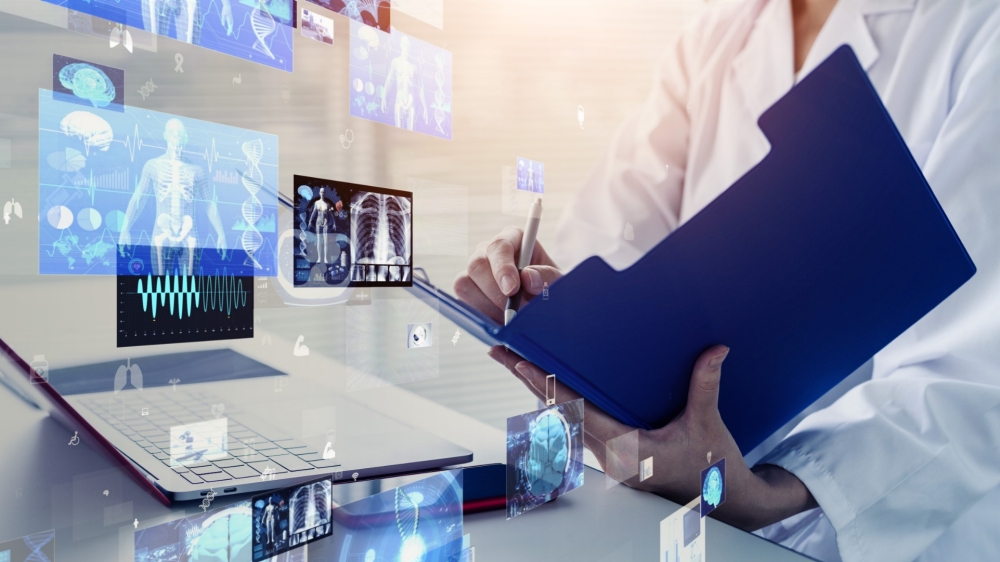 In the wake of federal incentives under the Health Information Technology for Economic and Clinical Health (HITECH) Act of 2009, adoption of electronic health records (EHR) and other forms of health information technology (IT) has expanded rapidly among hospitals and physicians. At the same time, a wave of consolidation is sweeping through the U.S. health care industry—both horizontal consolidation (e.g., hospitals acquiring other hospitals); and vertical integration, in which health systems are acquiring physician groups, ambulatory clinics, and surgery centers. Proponents of consolidation claim that integrating hospitals and physicians into health systems will improve quality and coordination of care and reduce costs. Health IT, if used effectively, could be a powerful tool for achieving these aims.

In a series of studies, a research team from the RAND Center of Excellence on Health System Performance assessed the adoption and use of electronic health records (EHR) over the period 2014-2017. They examined the use of two critical EHR functionalities—Computerized Physician Order Entry (CPOE) and Clinical Decision Support (CDS)—in a national sample of health system-affiliated ambulatory clinics. A related study explored use of seven CDS tools by 821 ambulatory care clinics in Minnesota. The team then examined in depth the adoption and use of health IT in 24 health systems across four states. A subsequent analysis in three of those four states assessed whether adoption of more advanced EHR capabilities was associated with better quality of ambulatory care.

Almost all health system-affiliated ambulatory clinics have electronic health records, but only about two-thirds have adopted computerized physician order entry, one of an EHR’s most important functions. 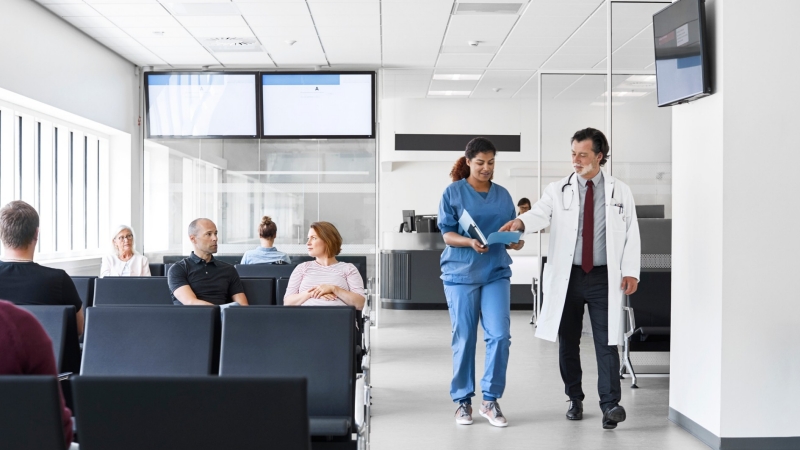 Computerized physician order entry includes electronic prescribing, computerized order of imaging and lab tests, and referrals to other providers. Since the HITECH Act of 2009 was passed, adoption of EHRs in general, and computerized physician order entry (CPOE) in particular, has increased substantially. The Agency for Health Care Research and Quality (AHRQ) reported that by the end of 2015, 84 percent of acute care hospitals had implemented an EHR with a CPOE function. However, there is little information about the use of CPOE in ambulatory settings such as clinics and physician offices.

To address these questions, a RAND team examined three-year panel data (2014-2016) from the annual Healthcare Information and Management Systems Society (HIMSS) Analytics Ambulatory Survey of EHR adoption. The survey captures information on more than three-quarters of U.S. health system-associated ambulatory care clinics: The study sample included more than 19,100 ambulatory clinics in 1,548 health systems across the United States. The team focused on current rates of CPOE use, identified adoption trends, and probed whether CPOE use was associated with clinic characteristics (size and type of practice and whether the clinic was part of a multi-hospital system.)

As a basis for their analysis, the team classified ambulatory clinics according to size, clinic type, and type of health system with which the clinic was associated. The team examined how often EHR software (including CPOE) was being used and what percentage of orders involved CPOE use.

Almost all of the clinics studied had EHRs, but more than one-third were not using CPOE, one of the most basic EHR functionalities. The fact that adoption rates were lower in small clinics and in single-hospital systems suggests that future investments intended to increase CPOE use should focus on smaller systems and clinics. The research team concluded that since practices with CPOE use it for all orders, a promising approach might be to incentivize adoption of CPOE. A first step would be to determine what barriers might prevent ambulatory clinics from adopting CPOE.

Adoption and use of clinical decision support in health system-affiliated ambulatory clinics is associated with clinic size and the size of the health system. 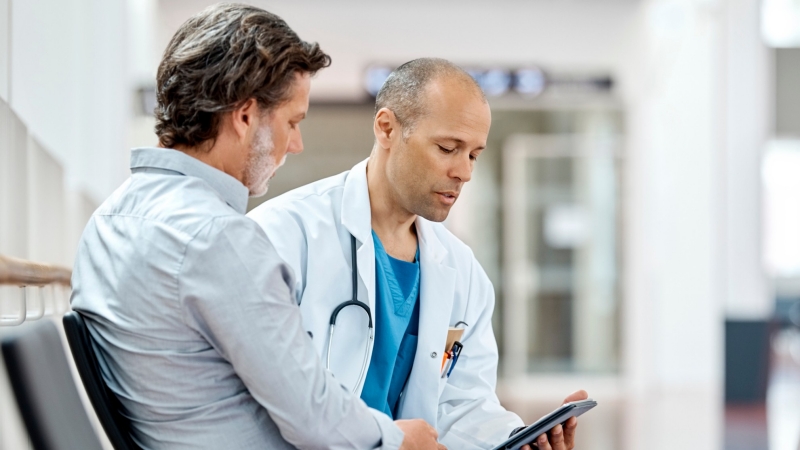 Clinical Decision Support (CDS) is health IT software, embedded within an EHR, that is designed to support clinical decisionmaking tasks (such as providing point-of-care access to clinical guidelines for diagnosis and treatment, alerting physicians to potential drug-drug interactions, and flagging abnormal test results). CDS is considered by many to be essential for delivering safe and high-quality care. The RAND team used the same sample from the HIMSS survey to examine the association between ambulatory clinic characteristics (size, health system type, and practice type) and CDS adoption and use.

The study team examined use and change in use of seven CDS functions. Figure 1 summarizes that inventory.

Use of any kind of CDS function increased from 2014 to 2016, and the percentage of health system-affiliated clinics using any form of CDS increased from about half (52 percent) to three-fifths (62 percent). The most highly used functions were for basic medication screening, clinical guidelines, and prompts for preventive screenings.

...Only 45 percent of health systems reported that any of their clinics were using Clinical Decision Support software in 2016

When assessed at the health system level, only 45 percent of health systems reported that any of their clinics were using CDS in 2016—a level of use substantially lower than expected given the size of the nation's investment in health IT. The reason that the percentage of health systems reported using any CDS was lower than the percentage of total clinics using CDS is that those clinics that were using any CDS functions tended to be larger and affiliated with multiple-hospital systems.

Why does CDS use vary by function? Studies suggest that federal incentives may have promoted some uses, and some CDS functions have a stronger evidence base. Other factors such as ease of implementation, effect on workflow, and perceived clinical benefit/cost also play a role.

In a related study, the research team, using data from Minnesota Community Measurement’s Annual Health Information Technology Survey (2014-2016), examined use of seven CDS tools by 821 ambulatory care clinics in Minnesota. In addition to use of CDS, the researchers also examined reported barriers to use in three areas (resources, user acceptance, and technology).

The level of CDS use was consistent with the prior study—by 2016, only one-third of clinics not affiliated with a health system were using all seven CDS tools reported in the survey. Clinics that were part of health systems used more CDS tools than did clinics that were not in health systems, but they also reported more barriers related to resources and user acceptance. Barriers to redesigning clinical workflows may not be apparent until sometime after initial adoption—such as when clinics start to optimize CDS.

In sum, despite huge investments by the federal government to promote health IT use, many CDS functions are underused in ambulatory clinics, especially small clinics and those associated with single-hospital systems. More targeted promotion and wide dissemination of best practices could help increase CDS use among these providers. Health systems are effectively promoting CDS tools; however, they may need to help their affiliated ambulatory clinics overcome barriers, especially issues around workflow redesign. Rural clinics may need more resources for training.

Health systems are at vastly different stages in health IT adoption and care redesign. 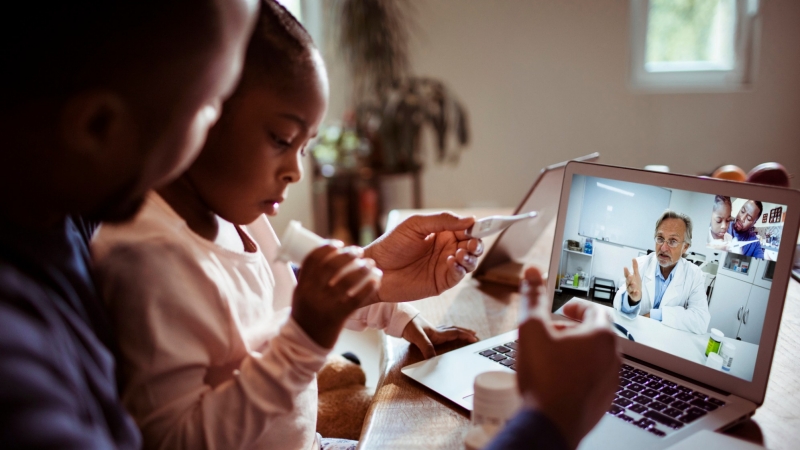 In the decade since HITECH was passed, adoption of EHRs and use of key functions such as CPOE and CDS have increased substantially. But health IT has yet to bring to health care the kind of transformative effect it has had on other industries such as banking and transportation.

A RAND team set out to explore why. As a part of a larger study of health systems, we conducted “virtual site visits,” interviewing the chief information officers and the other c-suite executives in 24 health systems across California, Washington, Minnesota, and Wisconsin. The health systems were purposively chosen to provide variability in size and performance and differed substantially in size, structure, governance, culture, and health IT implementation.

The different health systems were pursuing basically the same kind of efforts, but they were at vastly different stages in the process. Overall, the lion's share of health system activity was in the first category—which is focused on preparing health IT infrastructure to enable performance. These kinds of activities include:

Then, using that foundation, health systems focus on actually using IT to improve care, including:

Thus, health systems continue to invest in health IT, but their ability to leverage it to improve performance is quite variable. Investments are necessary but not sufficient for IT to transform health care as it has other industries. The trajectory from EHR adoption to using it to improve performance is long and variable, and health systems are at vastly different stages of that transition.

Investments are necessary but not sufficient for IT to transform health care...

As the RAND team concluded, "Some health systems had developed or adopted best practices for using health IT that others had not. It is likely that many health systems are spending considerable effort rediscovering the same lessons that others have already mastered. If lessons could be disseminated better, it could make a huge difference."

HITECH promoted the adoption and use of EHRs, but improving health system performance is still a work in progress.

Clinicians, researchers, and health system executives view the electronic health record as essential for improving quality of care. Dozens of studies have examined how an EHR affects specific processes of care or focused on how EHR use affects certain kinds of patients, providers, and outcomes. A recent RAND study is the first to test the hypothesis that implementing an EHR with multiple capabilities is associated with better quality of care across a range of ambulatory care providers.

The research team drew data on health IT adoption and EHR capabilities from the Health Information and Management Systems Society (HIMSS) Annual Survey for the years 2014-2017. They used publicly reported data on clinical performance for 1,141 ambulatory clinics that were associated with a health system in Minnesota, Washington, and Wisconsin.

Among the important findings: In each of the years from 2014 to 2017, ambulatory clinics that were classified as EHR "superusers" had, on average, consistently better clinical quality composite scores than did the clinics in the other three groups.

Looking across the years, while all clinics on average had increased quality, clinics that had progressed to EHR "superuser" status during the three-year period had, on average, larger increases in quality. However, this difference was not as big as the differences between the scores of EHR "superusers" and other clinics in the year-by-year analysis and was not statistically significant.

These results could mean that increasing EHR capability has a positive but modest effect on quality, that too many clinics are underutilizing their EHR and therefore not appreciating the potential quality gains, or that EHR-related improvements to quality performance simply take more than 2-3 years to be realized. Future research should explore these possibilities since each has implications for how to best improve clinical quality in the short- and medium-term.

The interviews with chief information officers and other executives in 24 health systems across these states suggest that improving performance is still very much a "work in progress." All of the health systems shared the goal of improving information technology in order to improve care, but the systems were at vastly different stages in health IT adoption and care redesign.