What Have We Learned About the Economic Effects of Vertical Integration?

The Affordable Care Act of 2010, with its emphasis on integration and coordination of health care, is arguably responsible for the current wave of consolidation sweeping through the health care industry. Regulatory changes, technological changes, and market dynamics are driving dramatic transformation in the way health care is organized and financed. The introduction of value-based payment, with its emphasis on the assumption of financial risk, has increased focus on the ability of hospitals and physicians to provide care across a range of providers and settings. The result has been a movement to form vertically-integrated health systems.

In economics, vertical integration is defined as the combination of two or more stages of production normally operated by separate companies into one company. In health care, this term is often applied when hospitals or health systems employ physicians and/or acquire physician practices. The U.S. Department of Justice Antitrust Division and the Federal Trade Commission (FTC), whose role is to protect consumers by keeping markets competitive, have published joint guidelines on vertical mergers. With respect to health care consolidation, the agencies focuses on protecting health care consumers by promoting competition. Competition in a health care market is threatened when any one health care organization acquires too much bargaining leverage with payers. The main focus of federal antitrust action in health care has been to challenge horizontal mergers (for example, when hospitals acquire hospitals), but hospital acquisition of physician groups has also been challenged.

Proponents of vertical integration argue that it increases efficiency, advances coordination of care (such as through interoperable EHR systems), and improves quality. They also argue that existing federal and state oversite can protect patients. Those who measure the impacts of consolidation argue the opposite – that prior research has shown a consistent association between hospital consolidation and price increases, but without accompanying improvements in quality.

One of the practical effects of vertical integration may be a dramatic change in referral patterns, and a shift in referral patterns can affect competition within a market. For example, a shift of procedures from ambulatory sites of care to hospital settings could lead to higher costs because Medicare pays more for services performed in a hospital setting—and other payers follow Medicare’s lead. Such changes in sites of care could impact employers, patients, and taxpayers.

Even without intent to gain leverage with payers, if the effect of vertical integration is higher prices associated with shifting sites of care, competition (which should be based on quality and price) could be negatively affected. How vertical integration affects the cost and quality of health care, and the health care market itself, is not fully understood.

In a series of studies, a research team from the RAND Center of Excellence on Health System Performance explored trends in vertical integration and its implications by examining how it affects referrals and spending for high volume services such as diagnostic imaging, laboratory testing, outpatient surgical procedures (such as knee replacement), and other outpatient procedures (such as colonoscopy). 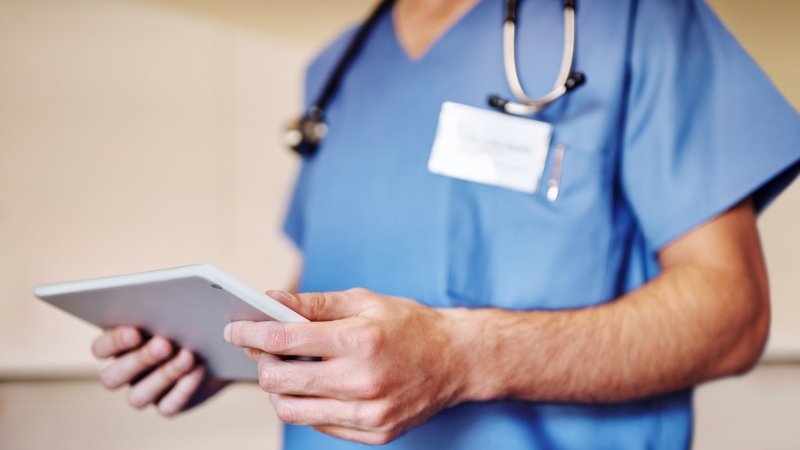 Recent studies have found that health care prices, spending, and treatment intensity have increased after physicians and other providers are integrated with hospitals and health systems; other studies show changes in referral patterns and choice of care settings. Two domains less extensively explored with respect to vertical integration are diagnostic imaging and laboratory testing. These services are not particularly expensive per service, but they are high volume, representing approximately $24.9 billion in Medicare spending in 2016.

In this study, researchers used a 100 percent sample of Medicare fee-for-service medical claims (2013-2016) for Medicare beneficiaries 65-100 years of age. They examined claims for five common diagnostic imaging procedures and five common laboratory tests to determine whether being a part of a vertically integrated group caused primary care physicians to change the site where their patients received common diagnostic tests.

Between 2013 and 2016, the relative share of physicians working for a vertically integrated group increased by about 7 percent.

And the number of beneficiaries who received care during this period from a primary care physician who was part of a vertically integrated group increased by about 26 percent.

Average Medicare reimbursement rose by $6.38 per imaging test and $0.57 per laboratory test. These high-volume services triggered an increase in Medicare spending of $73.1 million over the study period—a noteworthy outlay. Importantly, this study only examined five imaging and laboratory tests. The same payment differentials exist for many other tests and services, so the estimated increases in Medicare spending are likely a substantial under-estimate.

These practice-level changes appeared immediately after the ownership change. Although the researchers did not look at quality data for this study, it is hard to argue that the changes are improving quality since imaging and lab tests are highly standardized across providers. Rather, the spending increases reflect the site of care. Medicare reimburses hospitals more for these services than it reimburses outpatient providers such as imaging centers or diagnostic laboratories. 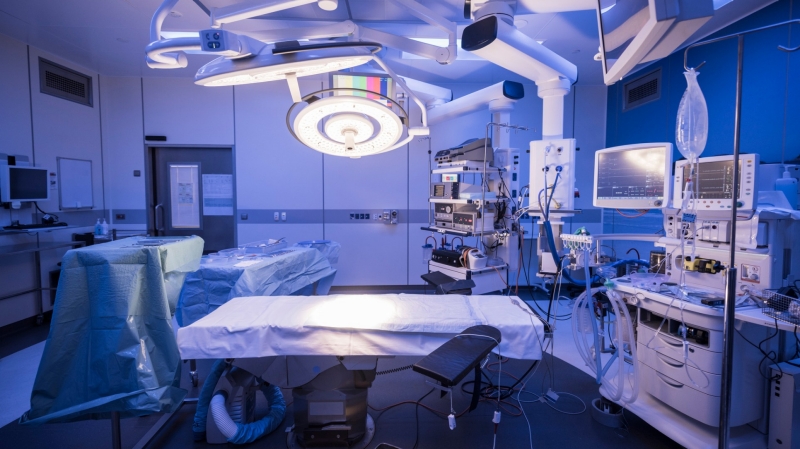 The shift from hospital to ambulatory sites of care is a salient characteristic of the U.S. health care market. The trend has been especially pronounced for some surgical (e.g., joint replacements) and other types of procedures (e.g., colonoscopies, endoscopies).

Ambulatory surgery centers compete with hospitals for patients. Antitrust analyses usually focus on competition among hospitals. However, vertical integration affects competition more broadly—especially in situations where rival industries compete for the same procedures. One example is the competition between ambulatory surgery centers (ASCs) and hospital outpatient departments (HOPD). ASCs are typically smaller and offer greater convenience at a lower price.

Lower prices have resulted in stiff competition: By 2017, the rate of growth in ASC Medicare cases was outpacing HOPD volume for the first time.

In this study, the research team linked detailed physician practice ownership information from 2009-2015 to outpatient discharge records in Florida (which is home to a large share of the nation's Medicare population). They analyzed how vertical integration affects physician choice of treatment setting for procedures (hospital versus ASC) and the related costs of care.

Effect on Site of Care

Physicians who were employed by hospitals or part of a group owned by a hospital or health system were 65 percent less likely to use an ASC at all, compared to physicians who were never a part of a vertically integrated system. Physicians whose practices were acquired during the study period reduced the number of ASCs they used by 13 percent, and they were 9 percent less likely to perform any procedures in an ASC. The negative effect on ASCs grew over time.

Physicians began charging up to 29% more for their outpatient services.

The aggregate number of outpatient cases or procedures per case did not increase. However, physicians began charging up to 29 percent more for their outpatient services.

The increase in charges is most pronounced for fee-for-service Medicare beneficiaries because Medicare billing rules require Medicare to pay ASCs no more than 59 percent of the prevailing HOPD facility fee. Thus, moving procedures from ASCs back into hospital outpatient departments creates the opportunity for higher reimbursement for the hospital.

Medicare policy can reinforce or obviate trends and has a spillover effect on privately insured patients. 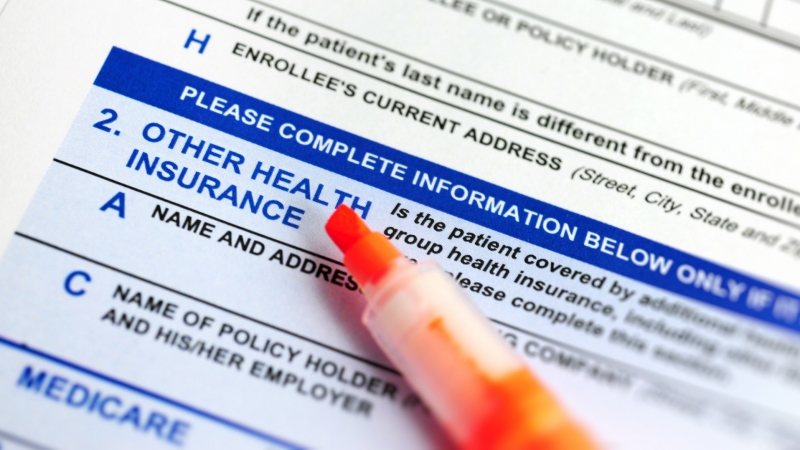 This study was not designed to evaluate the impact of vertical integration per se; however, the findings speak to whether being employed by hospitals or being a part of a vertically integrated physician group changes physician behavior. The researchers examined changes in outpatient surgical trends and case mix for Medicare and privately insured patients needing total knee replacement following a specific change in Medicare policy. Their goal was to understand how the policy change affected physician referrals to treatment site.

In 2018, Medicare removed total knee arthroplasty (TKA) from its list of inpatient-only procedures. Outpatient TKA is substantially less expensive and more convenient for most patients, and the uptake of this approach has been strong, generating substantial savings for Medicare.

The change in Medicare policy increased use of lower-cost delivery settings, but vertical integration weakened its effect.

Because Medicare accounts for about 20 percent of all U.S. health care expenditures, it is not surprising that Medicare’s fee schedule can influence fees for the privately insured. But the question addressed by the study was whether Medicare policy also influences the clinical options available to patients with commercial insurance. To examine this relationship, the research team analyzed all discharge records for TKAs performed in Florida from 2012 to 2018.

Orthopedic surgeons who were in vertically integrated groups retained both their Medicare and privately insured patients within the inpatient (higher cost) setting. Physicians not employed by a hospital or health system or part of a vertically integrated group accounted for 85 percent of the increased use of outpatient settings. Although the change in Medicare policy increased the use of lower-cost delivery settings, the effect was diluted by vertical integration.

Market and financial pressures are driving the shift from inpatient to outpatient care. In response, hospitals and health systems are trying to capture market share by acquiring physician practices. Vertical integration will be increasing, so understanding its market-wide effects will be essential to inform sound policy.

The studies summarized here suggest that vertical integration is affecting the site of care and both Medicare and private sector spending. The move toward vertical integration may not be possible to stem, but regulatory constraints can strongly influence how quickly the shift occurs and how it affects health care writ large.

Vertical integration will be increasing, so understanding its market-wide effects will be essential to inform sound policy.

The studies support the argument for robust antitrust enforcement to prevent vertical integration from harming competition. In fact, regulators may want to scrutinize vertical integration, focusing not only on market share and potential cost increases for hospital and ambulatory care, but also consider other market ramifications, such as changes that raise costs for existing competitors or deter new competitors from entering the market. The merger and acquisition strategies that hospitals use can negatively influence not only competitor hospitals, but also lower cost competitors outside of the hospital industry (for example, ambulatory surgery centers).

Medicare’s policies are designed to govern how care is delivered to its beneficiaries. But as these studies show, the policies also have spillover effects for the privately insured. Potential spillover should be considered in future Medicare policy decisionmaking.