The U.S. Health Care Landscape in the Time of COVID-19: Coverage and Costs 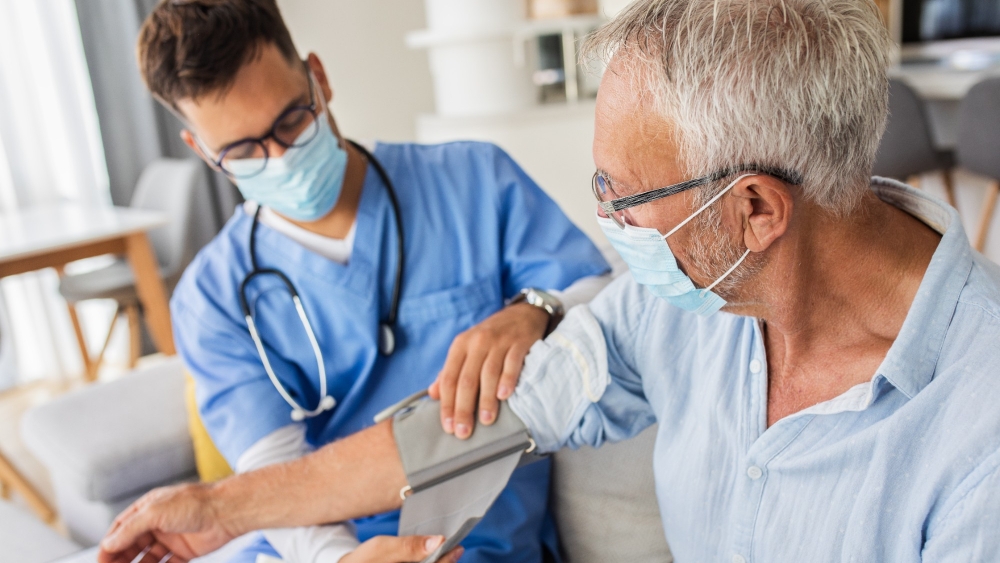 Our work in this area focuses on:

How has COVID-19 affected the number of uninsured and the health care safety net?

Business closures and other social distancing policies in the United States during the COVID-19 crisis led to major job losses, raising major concerns that the U.S. uninsured population could increase, perhaps by millions. However, predictions about coverage loss have not materialized. Because this recession is the first economic downturn since the Affordable Care Act's (ACA's) major coverage provisions took effect in 2014, a possible explanation for the lack of coverage loss is that the ACA's safety-net provisions — such as Medicaid expansion and Advance Premium Tax Credits (APTCs) for marketplace coverage — worked as intended.

The fact that many people remain uninsured suggests that some barriers may be nonfinancial. Potential consumers may be unaware that they are eligible for a subsidized plan or may place a low priority on getting covered. The Biden administration is moving to expand outreach and insurance enrollment assistance, which may address lack of awareness. 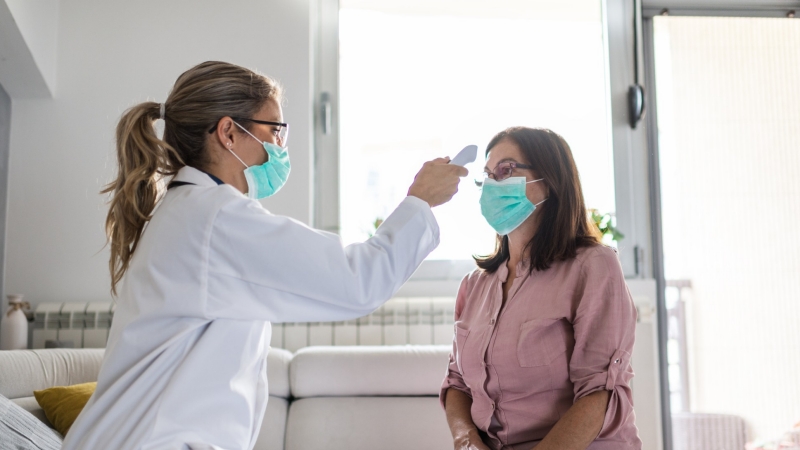 RAND work has examined issues facing the largest group of health care safety net providers, both during and before the pandemic: federally qualified community health centers (FQHCs) – also known as community health centers. These are federally-funded health care providers that offer primary care to vulnerable and low-income U.S. residents (about 27 million patients annually) regardless of their ability to pay. RAND researchers have examined the diverse set of challenges facing these health centers.

The Affordable Care Act: How would proposed changes affect insurance coverage and costs?

That millions of Americans remain uninsured suggests that some barriers to coverage may be non-financial. 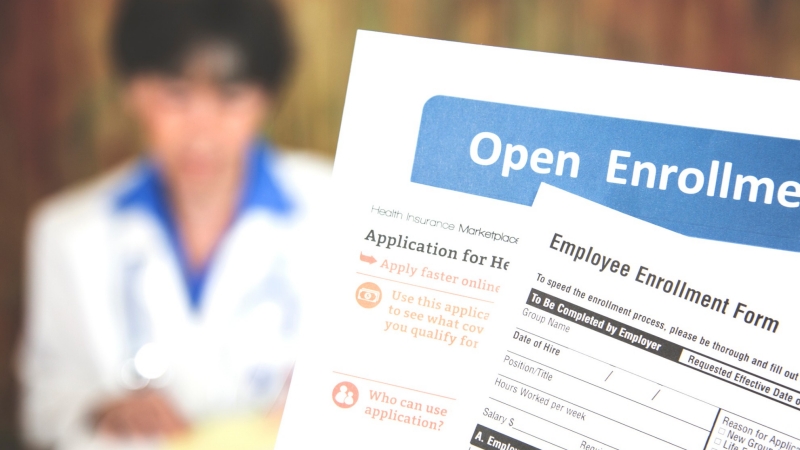 The ACA was created to fill holes in a patchwork health care system, with the ultimate aim of achieving universal coverage at affordable costs. Since its enactment in 2010, the ACA has been debated, challenged in court, and modified by Congress and the executive branch in numerous ways.

In the summer of 2021, the law survived yet another existential threat when the Supreme Court overruled a lower court decision that had found the entire law unconstitutional. Prior to the decision, RAND analysis found that if the law had been struck down during the pandemic, the economic and health consequences would have been dire. Lack of insurance could leave some victims of COVID-19 unable to pay for treatment of severe and life-threatening complications, leading to more medical bankruptcies and financial strain. The majority of those at risk of losing ACA coverage are low-to-moderate income individuals currently enrolled in Medicaid or receiving subsidies on the health insurance marketplaces.

Large-Scale Changes to the ACA

RAND researchers have estimated the impacts of proposed large-scale changes to the ACA:

All of these options can incrementally reduce the number of uninsured, but combined, they would fall short of covering all of the current 27.5 million uninsured.

Proposed Replacements for the ACA

Others have proposed more sweeping health insurance changes, including:

The term "single payer" refers to a number of possible health care financing arrangements, many intended to create a financing mechanism to achieve universal coverage. RAND researchers estimated the impacts of two proposals: The American Health Care Act (AHCA) and the Health-Insurance Solution, a plan focused on catastrophic coverage in which Medicare and Medicaid continue and all other legal U.S. residents have income-dependent coverage.

The analysis, conducted in 2015, assumed that a comprehensive single-payer plan would provide all 311 million legal residents of the United States with coverage in 2017. The only uninsured would be 11 million undocumented immigrants. Relative to estimated spending under the ACA in 2017, this scenario would increase national health care spending by $435 billion and increase federal health care spending by $1 trillion. When other potential savings and costs (i.e., administrative and implementation costs, reductions in drug and provider prices) were included, the average net effect on national health care expenditures was $556 billion in savings, but with a very large range—from a savings of over $1.5 trillion to increased spending of $140 billion, depending on the actuarial value of the coverage and other design and implementation details.

The New York Health Act could expand insurance coverage in New York without increasing overall health spending if administrative costs are reduced and growth in provider payment rates is restrained. Health care would be financed by taxes rather than by premiums and patient out-of-pocket payments. Substantial new taxes would be required. Depending on how progressive the new tax rates are, health care payments would decrease among most residents and would increase among the highest-income residents.

The Oregon proposal is a state-administered single-payer plan that would enroll all residents of the state, including current Medicare beneficiaries, with no premiums and low or no cost sharing. The plan option would pool state and federal outlays for current public programs and add additional revenue from a new state payroll tax and a substantial increase in state income taxes. The study estimates that the state would use its buying power to reduce provider payment rates by 10 percent on average, which would keep total health system spending roughly equal to the current system. Lower payment rates, however, could cause some providers to exit the state or to reduce their supply of care, which could lead to longer queues for care.

If the ACA were repealed, with no replacement, the number of insured Americans would drop by 19.7 million.

The 10-Plan is a dramatically different health care financing approach. Anyone without employer-sponsored coverage would be eligible. To protect participants from financial uncertainty stemming from health care events that are high-cost or beyond participants' abilities to afford, participants in the 10Plan would be able to defer payments after a $25 copay for each encounter—in effect, borrowing money from the government.

In baseline estimates, the 10Plan would reduce total health care spending by $33 billion over 15 years, covering an estimated 46 million individuals.

Predicted average out-of-pocket costs would decline by about $1,300 per participant per year.

Allowing for higher prices, the 10Plan would increase total health care spending by $1,263 billion over 15 years owing to increased utilization.

Incremental Changes to the ACA

RAND Health Care has also estimated the impacts of more incremental changes to the ACA.

Analysts modeled the impact of replacing the current ACA tax credit structure (on a variable scale tied to income with a flat tax credit (also called "premium support"): $2,500 for an individual or $5,000 for a family. This provision shifts costs from younger to older enrollees compared with the ACA, and also shifts the costs of premium increases from the federal government to consumers, whose contributions are no longer capped.

A variation of the flat tax credit offers fixed subsidies that increase with enrollees' age. Analysts modeled this provision in the context of the Patient CARE Act and the American Health Care Act (AHCA), but not as a stand-alone provision. Evidence suggests that this approach could improve affordability for older enrollees compared with the basic flat-tax credit, but it also shifts the cost of premium increases onto consumers.

Another proposed incremental change to the ACA is expanding and increasing tax-credit eligibility for consumers with incomes higher than the current threshold for eligibility (400 percent of the federal poverty level). We estimate that this provision would increase insurance enrollment by 1.2 million, at a total federal cost of $6.0 billion. Those who would benefit are mostly middle-income adults ages 50 to 64. Increasing subsidies and extending eligibility would be more effective than focusing only on raising tax credits for the lower-income population already eligible for subsidies. Those who are currently eligible for ACA subsidies already have an incentive to get coverage, even without a federal subsidy bump.

Some reform plans, such as the 2018 GOP House Plan – the American Health Care Act – proposed allowing plans to charge older consumers five times more than younger ones (a change from current policy of charging three times more). This change would benefit younger consumers at the expense of older ones. This change would cut annual premiums for a 24-year-old from $2,800 to $2,100, while premiums for a 64-year-old would rise from $8,500 to $10,600. Such a move would likely increase the number of younger people buying insurance, but also decrease the number of older people who do. The study concluded that the focus on enrollees’ age can obscure the fact that age does not always correlate with health status. In fact, most adults at all ages are in good health and thus are good insurance risks. Insurers have an interest in keeping these "good risk" adults enrolled. When costs increase for older enrollees, these healthier adults are the most likely to drop coverage.

Medicaid expansion has accounted for most of the newly insured over the life of the ACA – approximately 14 million, according to the Kaiser Family Foundation. The federal government currently contributes 50 percent to 75 percent of total costs for Medicaid enrollees who were eligible prior to the ACA, higher amounts for CHIP enrollees, and higher amounts for those made eligible for Medicaid because of the ACA. Concerns about the potential long-term costs of this arrangement have fueled proposals to modify financing for Medicaid. Under one proposal, the federal government would set a limit on how much to reimburse states per enrollee. Cost growth per enrollee would be indexed to inflation. We estimated that this proposal would reduce Medicaid enrollment by nearly 10 million people by 2020. The impact would become more pronounced over time, with Medicaid enrollment falling by nearly 14 million. 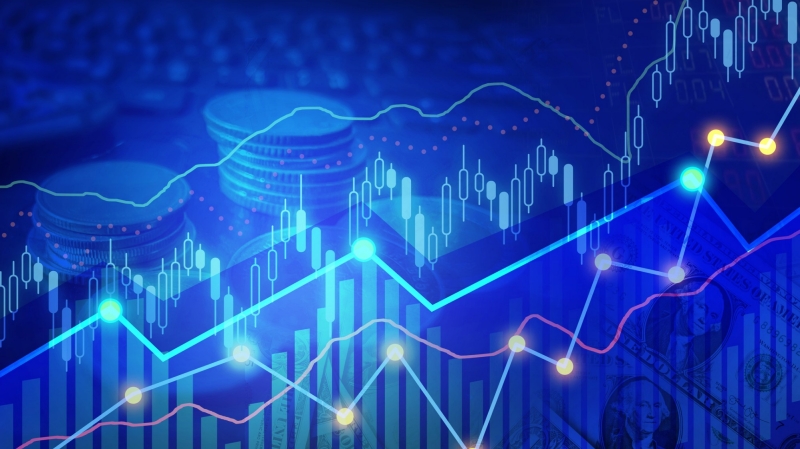 Although subsidizing higher-income people may seem counterintuitive, those who are just above the 400 percent of poverty cutoff for eligibility can face unaffordable premiums.

The high cost of health insurance is driven in large part by the steep cost of health care. The United States spends more on health care than any other nation. Researchers have argued that high provider prices contribute significantly to high spending on medical services. Yet the price of health services remains poorly understood, and price data are scarce. In particular, employers—who insure most American adults under 65—often do not know how much they are paying for health care. Providers are seldom transparent about pricing, and the patchwork U.S. system contributes to wide variations in prices.

Pathbreaking RAND studies were among the first obtain and analyze data on the price of hospital services. The analysis showed that, on average, hospitals charge employers and other insurers 250% of what they would have charged Medicare for identical services. The work's implications are that employers can take steps to improve transparency and cut costs by exploring more favorable ways to negotiate prices with hospitals.

Related work highlighted the problem of "surprise medical bills" — charges by hospitals for patients' unwitting use out of network providers — and found that placing limits on what hospitals can collect for out of network care could yield significant savings while addressing the surprise billing problem.

The United States also spends more per capita than other OECD nations on prescription drugs. RAND analysis found that U.S. prices were 250 percent of those in 32 comparison countries combined.