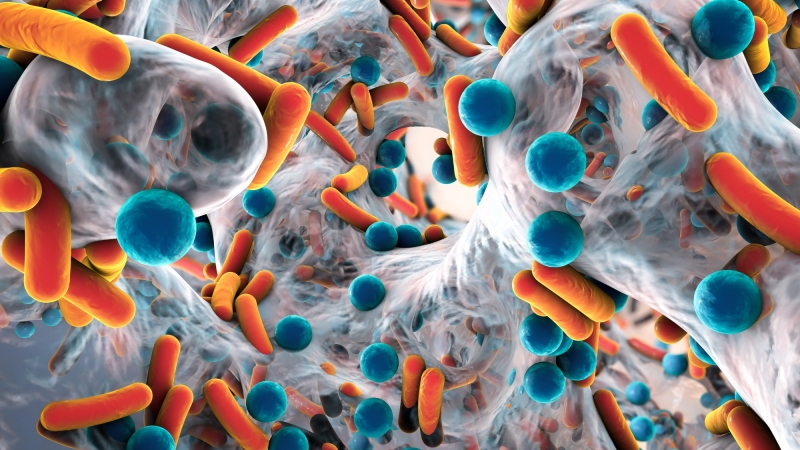 We face a public health crisis: because of antimicrobial resistance (AMR) our drugs no longer work or work as well as they should, and we have not brought any new classes of antibiotics to market for more than 25 years.

AMR is a challenge that requires a global solution in a world where people, animals and food are increasingly interconnected.

Every day, antibiotics and other antimicrobials save patients from life-threatening diseases and allow surgeries to be performed safely. They have helped transform farming practices. Yet the great strides made during the past few decades in managing diseases common in developing countries such as malaria, tuberculosis and HIV could be reversed. Our livestock are becoming resistant to antibiotics as well, and this can be transmitted from animals to humans. Common infections that are easily treated could become life-threatening.

RAND Europe’s research has provided evidence to support policy and decision making to address AMR. Our researchers have contributed economic expertise to a wide-ranging UK review of the threat posed by AMR, evaluated the EU AMR Action Plan, and advised the development of public health guidelines to tackle this global challenge for the UK Department of Health.

How Industry Supports the Fight Against AMR

As well as involvement from governments, international organisations, academia and civil society, engaging the medical industry is key to developing an effective approach to AMR. The AMR Industry Alliance brings together a wide range of companies and trade associations in the fight against antimicrobial resistance. RAND Europe assessed the progress of AMRIA members in contributing to tackling AMR and found they are making a difference on diverse fronts.

The impact of AMR on modern medicine

Most research on antimicrobial resistance focuses on its effects on communicable diseases. But AMR can result in a wide variety of negative outcomes for patients with non-communicable health conditions and/or who are exposed to certain healthcare services, according to the findings of a rapid evidence assessment performed for the Wellcome Trust. However, for some of the health conditions covered in the reviewed literature, there were fewer than five studies and/or the strength of evidence was weak.

AMR is a unique problem, but studying the development of other policy issues that are complex and enduring can provide insights into how to tackle AMR going forward. Lessons from the past can contribute to policy design but are often overlooked. Researchers are trying to understand how AMR has developed as a policy issue over time, looking at climate change and tobacco control for comparison. The study will also examine how historical analysis can be used in future approaches to scenario planning and policy making.

Estimating the Economic Costs of AMR

RAND Europe examined the likely global cost of AMR by the year 2050 if the problem is not addressed. The project team used a theoretical model (called a dynamic general equilibrium model) that explored different future global scenarios in order to see what effect they would produce on the global economy. The team estimated that failing to tackle AMR will mean that the world population by 2050 will be between 11 million and 444 million lower than it would otherwise be in the absence of AMR.

RAND Europe undertook an evaluation of the EU’s AMR Action Plan in order to assess whether the actions contained in the Action Plan were the most appropriate actions to be taken to combat AMR and which elements worked well or not. The project team found that the Action Plan played an important role in symbolizing EU political commitment to AMR, galvanised action on AMR issues within the EU, and encouraged engagement with third countries and the international community to tackle AMR. The evaluation will support the Commission’s future policymaking on AMR in the EU.

Advising the Development of Public Health Guidelines to Delay AMR

RAND Europe carried out a review of the evidence on changing risk-related behaviours pertaining to antimicrobial use to inform the development of Department of Health/The National Institute for Health and Care Excellence (NICE) guidelines to delay AMR. The review assessed educational interventions including media campaigns aimed at the general public, focusing on the importance of using antimicrobials correctly. The team found that education interventions were more likely to lead to improvements in knowledge of appropriate use of antimicrobials, rather than improvement in knowledge of antimicrobial resistance.