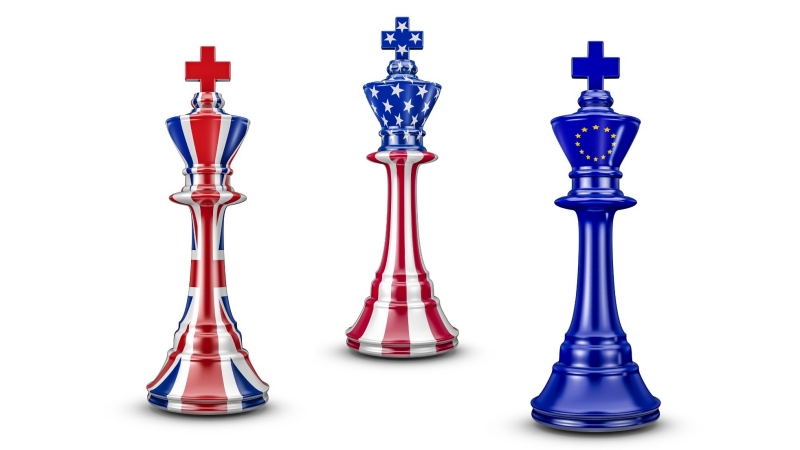 Whether Brexit is judged to be success or not will depend to some degree on its economic impact. Much of the public debate in the UK around Brexit has been focused on the binary choice of ‘soft’ or ‘hard Brexit’, which relates to whether the UK should stay in the Single Market and the Customs Union, or have a clean break from both and set up new trade arrangements with other countries. However, a range of different trade opportunities and arrangements are possible between the UK and European Union (EU), and other countries, such as the United States, post-Brexit.

The chosen trade arrangement will largely depend on the UK’s negotiations with the EU. This will involve a complex set of talks between both parties involving multiple issues. The Brexit negotiations appear to be particularly challenging for the UK, as it attempts to disentangle its current ties with the EU while also negotiating arrangements for a future UK–EU trading relationship.

Both the UK and the EU have declared their intent to have a positive partnership, but if discussions over the divorce arrangements and future accord are negotiated consecutively rather than concurrently, it could lead to the two parties being unable to reach mutually advantageous accommodations. This is likely to present a number of political and economic challenges for both sides, but especially the UK.

With RAND Ventures funding, researchers from the US and RAND Europe explored the economic implications of eight different trade scenarios involving the UK, EU and US after Brexit. The study also aimed to create a better understanding of how a variety of factors might affect the outcome of Brexit negotiations between the UK and EU. Finally, the study explored the potential implications of Brexit for the US, including the effects on its economic, political and security interests.

The researchers used game theory insights to develop a better understanding of how a wide variety of factors might affect the outcome of the Brexit negotiations.

Accompanying the study is an online calculator, allowing policymakers and economists to alter key trade assumptions in order to understand their economic impact on the UK, EU and US. It also allows users to create other scenarios for examination as Brexit negotiations develop and trade talks begin.

The report, its authors, and their findings were featured in numerous media outlets, including: