How trips to the bathroom at night affect health and productivity 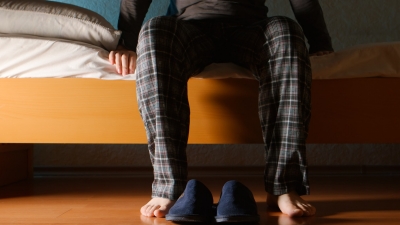 Nocturia is a common and bothersome condition, with two voids per night a critical threshold. It is associated with higher levels of sleep disturbance and daytime fatigue, as well as lower life satisfaction, work engagement and productivity. A variety of demographic, lifestyle and health factors – which differ by age and gender – are associated with nocturia. An economic analysis found that nocturia is associated with up to $79 billion lost economic output per year across six countries, indicating that both nocturia and poor sleep quality offer important opportunities for intervention.

Nocturia is a lower urinary tract condition that causes people to wake up at least twice a night to empty their bladder, where each ‘void’ is preceded and followed by sleep. There are multiple types of nocturia, among the most frequent being a large urine volume produced during the night (nocturnal polyuria) or a reduced bladder capacity. Estimates on the prevalence of nocturia suggest that, even though it increases with age, it is a condition that also affects approximately up to one in ten individuals aged 45 or younger. Nocturia is experienced as a troublesome condition as the associated night-time awakenings can have a disruptive effect on sleep, with negative implications for people’s functioning during the day. The condition is associated with fatigue and cognitive impairment, as well as chronic health conditions such as kidney disease, diabetes, hypertension and cardiovascular disease, among others. Doctors and health practitioners often overlook nocturia as a potential health problem associated with sleep loss, and patients may delay reporting the condition until it becomes unbearable and is substantially affecting their wellbeing.

This study addressed the research objectives above in three stages:

Nocturia is a common and ‘bothersome’ condition, with two voids per night a critical threshold

Estimates on the prevalence of nocturia suggest that, even though its prevalence is increasing with age, it is a condition that also affects approximately up to one in ten individuals aged 45 or younger. Using recent international workplace survey data covering the years 2017 and 2018, the findings of this study suggest that nocturia is a ‘bothersome’ condition and that the proportion of individuals reporting significant ‘bother’ from the condition increases with the number of reported voids per night, independent of the age or gender of the respondent.

A variety of demographic, lifestyle and health factors – which differ by age and gender – are associated with nocturia

The research findings confirm previous research based on older study populations that some of the examined demographic factors associated with nocturia are also relevant for the working-age population, including age, gender or ethnicity. For instance, all else equal, we find that women tend to have a higher probability to report two or more voids per night, as well as black people. The probability of reporting more than two night-time voids also increases with age. Furthermore, we find that chronic health conditions – such as kidney disease, diabetes, cardiovascular disease, cancer and hypertension – are associated with more frequent night-time voids.

Due to the important link between sleep and nocturia, the study examines in more detail the associations between different measures of sleep quality:

Across all three measures we find that the prevalence of nocturia is associated with self-reported poor sleep quality, higher levels of sleep interruption and higher levels of daytime fatigue, independent of age and gender of the respondent. The magnitude of these associations also increases with the number of reported night-time voids, suggesting that the negative association between nocturia and sleep quality is also a function of nocturia symptom-severity.

The empirical analysis presented in this study suggests that nocturia is associated with lower life satisfaction, work engagement and productivity in the working-age population, even after adjusting for many other factors that could determine these outcome variables, including sleep quality and duration. For instance, an individual suffering nocturia reports on average, a 2 per cent lower life satisfaction compared to an individual not suffering from nocturia. When comparing the magnitude of this association with other factors, we find that this reduction in life satisfaction is of a similar magnitude as suffering from other negative health conditions such as hypertension, cardiovascular disease or asthma.

Furthermore, our empirical findings suggest that individuals with nocturia report on average, a 1.3 per cent lower engagement at work (measured using the Utrecht engagement scale) compared to individuals not suffering from the condition. The magnitude of this association is similar to suffering from hypertension or other chronic conditions, such as kidney disease or hypertension.

With regard to workplace productivity (measured using the WPAI-GH scale), the findings suggest that an individual suffering nocturia loses on average more than seven working days per year more due to absenteeism and presenteeism than an individual not suffering from nocturia. This is of the same magnitude of lost productivity as observed among individuals with asthma, kidney disease, hypertension, self-reported (but not clinically validated) high glucose level (a potential indicator of diabetes) or obesity. 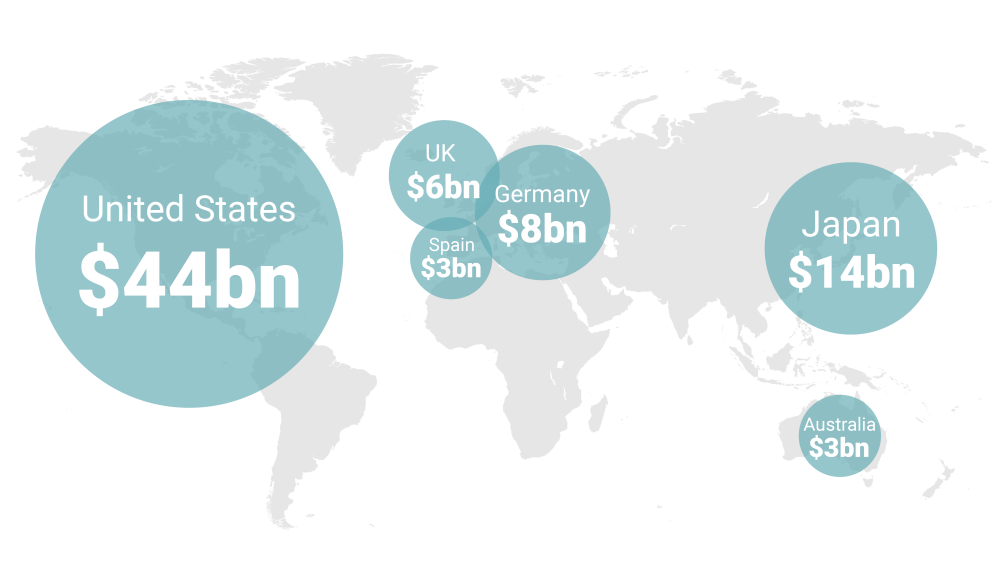 In absolute terms, the USA experiences the largest economic loss, at nearly $44.4 billion a year, about 0.26 per cent of its total GDP. Japan is next, with about $13.7 billion, followed by Germany (about $8.4 billion) and the United Kingdom ($5.9 billion). Spain and Australia have similar economic losses (both about $3 billion) because of nocturia.

Labour supply can be affected by two things: lower productivity and excess mortality. The study’s findings suggest that people with nocturia are more likely to be absent from work due to sickness or with reduced performance while at work, which leads to an efficiency loss in the economy.

Researchers used a macroeconomic model to simulate the current economic situation of each of the six countries under consideration and then predicted how economic output would be affected if the proportion of people suffering with nocturia in the economy were reduced.

Overall, it is estimated that across the six countries analysed, more than 90 million people could have nocturia, which corresponds to between 13 and 17 percent of the whole population across all age groups.

The key insights and contribution from this study are as follows:

This study shows clearly strong associations and overlaps between nocturia and sleep quality. The findings suggest that the consequences of nocturia are partially explained by poor sleep, but there remains an independent effect of nocturia on individual health and economic outcomes. The study cannot fully tease apart the directionality of the relationship between nocturia and sleep, which is an important area for future research. However, these findings highlight that both nocturia and poor sleep quality offer important opportunities for intervention. Given the substantial economic implications of untreated nocturia, this should be a ‘wake-up’ call to diverse stakeholders – including patients, health-care providers and employers – of the importance of identifying and treating nocturia.

How Two or More Trips to the Bathroom at Night Are Costing the U.S. Economy $44.4 Billion a Year
/content/rand/randeurope/research/projects/nocturia-effects-on-health-and-productivity/jcr:content/par-right/linkboxwrap_627000643/teaserlist