Health, Wellbeing and Productivity in the Workplace 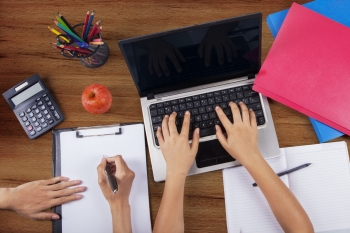 Although downward trends in fatal and non-fatal injuries at work in many industrialised countries reinforce the perception that ‘tough jobs’ are declining, health and wellbeing in the workplace remains an issue thanks to a range of factors, including decreased job security, potentially worsening working conditions and reduced opportunities to combine work with other private and social responsibilities. From 1990 to 2008, the rate of self-reported work-related illness – due to stress and related conditions in particular – doubled, jumping from 820 per 100,000 employed in 1990 to 1,620 in 2008.

The issue of workforce health and wellbeing is perhaps even more critical in the current climate given the perceived lingering effects of the economic crisis on the mental health of the working population. At the same time, there is increased evidence in the UK and other industrialised countries that problems related to modifiable health behaviour are becoming much more prevalent.

Improving health and wellbeing can therefore have real societal, economic and personal benefits above and beyond their value to business alone. Clearly, addressing wellbeing more effectively at work – with company programmes promoting health and wellness – may lead overall to increased life satisfaction, reduced healthcare utilisation and, potentially, a lower benefits bill.

The health insurer VitalityHealth commissioned RAND Europe, in collaboration with the University of Cambridge, to conduct an employer and employee survey for the Britain’s Healthiest Company competition. The competition seeks to give employers an assessment of the health of their workforce and of their current health-promotion interventions. To that end, RAND Europe collected a large-scale dataset which we use in this work to understand the relation between a broad set of health and lifestyle risk factors and workplace productivity.

Building on existing quantitative and qualitative evidence, our research team sought to:

Wherever necessary, we make the assumptions, limitations and potential caveats of our analytical approach explicit in our report.

In order to address the research objectives formulated above, our research incorporates three strands:

Our findings suggest that lack of sleep, financial concerns and giving unpaid care to family members or relatives are negatively associated with productivity. Mental health problems are also found to cause significant productivity loss, especially in the form of presenteeism. In line with existing research we also found that employees with musculoskeletal and other (chronic) health conditions report higher rates of absenteeism and presenteeism than workers without such conditions.

When looking at work-environment factors we find that workers who are subject to workplace bullying report significantly higher levels of absenteeism and presenteeism than those who are not. We also find that more than 45 per cent of those studied reported being subject to unrealistic time pressures, which we find to be another significant cause of productivity presenteeism. Other work-environment factors associated with relatively higher levels of presenteeism included strained relationships at work.