Edible food is rotting in landfills driving climate change, while many people go hungry—it's a double-headed problem with one potential solution.

A new state law, California Senate Bill 1383, came into effect on January 1, 2022. By 2025 California must reduce its organic waste by 75 percent and recover at least 20 percent of edible food that would otherwise have been disposed of.

Implemented locally, its goals are statewide. Major supermarkets and wholesalers must comply now. Hotels, hospitals, and other event venues must comply by 2024.

In this study, RAND researchers reviewed food recovery in Los Angeles County (focusing on the logistics of recovering excess edible food from food outlets) and specific challenges relating to SB 1383 implementation. They suggest ways in which the mandate could be turned into an opportunity for innovation and capacity-building. The study draws on past research, a review of SB 1383 government documentation, and interviews conducted in early 2022 with 38 stakeholders representing food recovery organizations (FROs) and food recovery services (FRSs); food recovery advocates; county, city, and state agencies; human services agencies; edible food generators (EFGs), and waste haulers. 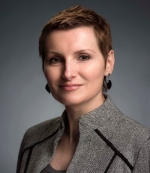 Alina Palimaru is a policy researcher at RAND. Trained as a health services researcher, Palimaru has academic and first-hand practical experience in both quantitative and qualitative research methods. Much of her prior work identified disparities in health outcomes among vulnerable populations such as adults with physical disability, mental health and substance use problems, as well as adults with multimorbidity experiencing homelessness. Findings from her studies have been used by clients, such as Los Angeles County Department of Public Health and regional health plans, to modify their service provision to underserved populations. Palimaru holds a Ph.D. in health policy and management from the UCLA Fielding School of Public Health, an M.P.P. from American University, and a B.A. in history, politics, and communication from Drexel University. 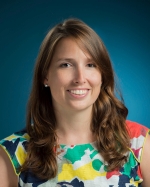 Joslyn Fleming is a defense policy researcher at RAND. Her portfolio spans a myriad of defense and political science related projects with a particular focus on logistics and personnel policy. Her prior work has developed methodologies for evaluating logistics capacity of military units that can be broadly applied to other organizations. Fleming holds a B.S. in political science from the United States Naval Academy, and an M.A. in international affairs with an Africa regional specialty from The George Washington University. She also serves in the Marine Corps Reserve and is currently assigned to Marine Corps Installation West’s Emergency Operations Center. 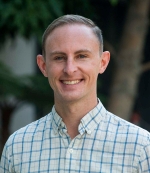 Jay Balagna is an assistant policy researcher at RAND and a PhD fellow at the Pardee RAND Graduate School. Trained as a qualitative public health researcher, his work focuses on disasters risk and recovery with an eye toward understanding pathways for improving community resilience. His dissertation research explores the history of wildfire policy in western North America. Balagna holds a B.A. in Spanish from the University of Nevada, Reno and an M.P.H. from Emory University. Prior to joining RAND, he worked as a wildland firefighter for the U.S. Bureau of Land Management, an urban EMT in Los Angeles, and a political journalist in the United States and Chile. 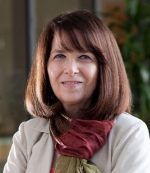 Marcy Agmon is a member of RAND’s adjunct staff. Her current research focus is on improving food recovery and distribution for the food insecure. Until 2019, she was Director of Operations and Army Business Liaison for the RAND Arroyo Center. In this position, she ensured the unit's compliance with Army regulations and contractual obligations, and oversaw Arroyo's financial relationship with its client, the U.S. Army. Since joining the RAND Corporation in 1989 as an international policy analyst, Agmon has led or participated in projects for Arroyo, Project Air Force, and NDRI on topics such as the control of conventional arms transfers, security strategies for the Persian Gulf, and asymmetric strategies. From 1996 to 2003, she served as assistant dean at the Pardee RAND Graduate School. Agmon holds a B.A. in political science from the University of California at Berkeley, and an M.A. and A.B.D. in international relations from the Hebrew University, Jerusalem. 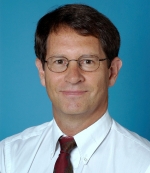 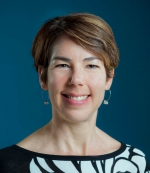 Sarah B. Hunter (she/her) is a senior behavioral scientist, professor at the Pardee RAND Graduate School and director of the RAND Center on Housing and Homelessness in Los Angeles (CHHLA). Over a decade ago, Sarah started working in the field of supportive housing for individuals experiencing homelessness as an evaluation consultant for Skid Row Housing Trust in downtown Los Angeles. Since that time, she led a report on LA County’s Housing for Health initiative that was featured in a number of media outlets, including the Los Angeles Times, the New York Times, National Public Radio’s “Marketplace,” the Christian Science Monitor, CurbedLA, and the Journal of the American Medical Association. Hunter is currently the principal investigator on a number of supportive housing evaluations, including LA County’s Jail In Reach Pay for Success initiative, which targets individuals in the criminal justice system, and an initiative operated by the Inland Empire Health Plan. She is also leading a longitudinal study of veterans experiencing homelessness in West Los Angeles to better understand service utilization and barriers to housing stability. Hunter is currently active in the Homelessness Policy Research Institute, a joint effort by University of Southern California, United Way Greater LA, and the Conrad N. Hilton Foundation. Hunter received her B.A. from New York University and her M.A. and Ph.D. from the University of California at Santa Barbara.