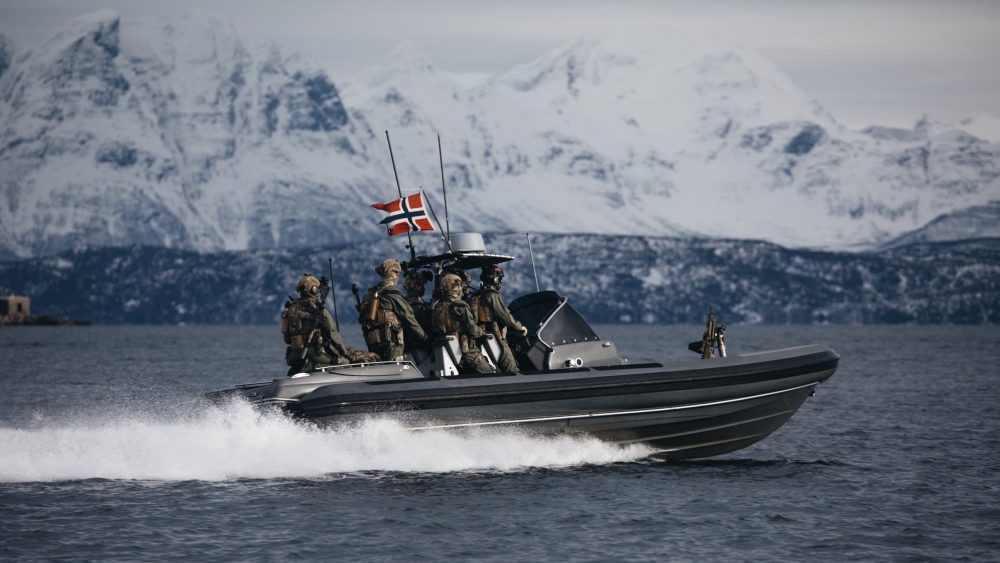 Coast rangers sailing outside of Harstad during exercise Cold Response 2020

NATO allies do not anticipate direct threats to Norway in the short term but they agree on the threat posed by improved Russian capabilities in the High North. Key NATO allies regard Norway as being able to ‘punch above its weight’, but Norway does face pressing political, strategic, and military challenges, as well as wider security threats to societal resilience.

As a founding member of NATO, Norway supports efforts to enhance deterrence, crisis management and regional security in the North Atlantic and High North – a region commonly understood to include territories in Scandinavia and northern Russia, as well as the surrounding waters of the Arctic Ocean, Barents Sea and North Sea. To help ensure effective delivery of these tasks and inform ongoing strategy and policy development, Norway needs insight into other NATO Allies’ perspectives on strategic opportunities and challenges in the region.

Researchers from RAND Europe and the RAND Corporation combined a targeted document review with expert workshops and field visits to gather and analyse evidence in support of the Norwegian Ministry of Defence’s (MOD) strategy development, planning and defence policy. Researchers examined the perspectives of defence officials from Denmark, France, Germany, the UK, the US and NATO institutions and this analysis fed into a summary of findings alongside five strategic options for the MOD to consider.

Allied perspectives on NATO in the High North

What are Norway’s strategic options?

The report’s strategic options are intended to be mutually reinforcing and scalable, depending on levels of strategic ambition and resources. Plans for the High North must be seen as proportionate and credible by a range of different audiences: national, Allied and potential adversaries. 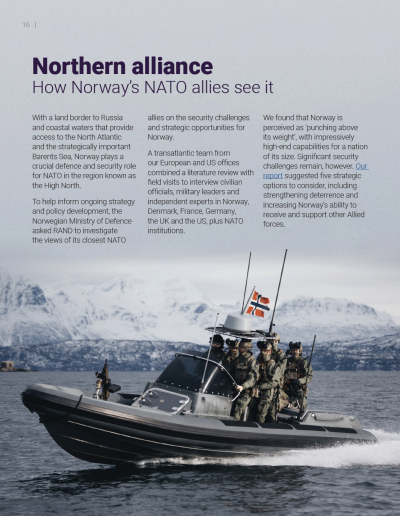