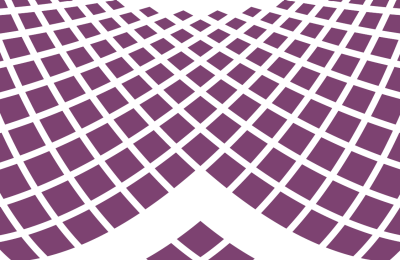 To help Qatar prepare to host sporting events in 2019 and 2022, researchers examined the nature of, and the factors associated with, antisocial and violent behaviour at football matches and how effective existing approaches are in preventing and responding to these behaviours.

The research found that, while multiple contributing factors to disorder have been identified, no single factor is found to be responsible in all cases. Even so, they were able to identify interventions with evidence of effectiveness. Among them, the use of security cameras, mandatory transport arrangements for visiting fans and early kick-off times appear to be effective; policing approaches aimed at establishing dialogue and positive lines of communication with fans look promising; and volunteers can play an important role in maintaining public safety and supporting positive spectator behaviours.

Antisocial behaviour at football matches is a well-recognised issue. Police, football associations and governments have used numerous interventions and strategies intended to prevent and respond to such behaviour. Ahead of two international sporting events in Qatar — the World Athletics Championship in 2019 and the 2022 FIFA World Cup — Qatar University commissioned RAND Europe to undertake a study into violence and disorder at international sporting events.

The aim of the study was to understand the nature of, and factors associated with antisocial and violent behaviours at football matches and to examine how effective existing approaches are in preventing and responding to these behaviours. To help Qatar plan for the sporting events the researchers looked at what could be learned from available research and what recommendations could be made to prevent and respond to potential harmful behaviour.

The research team carried out transparent and systematic reviews of academic and grey literature alongside quasi-systematic document reviews of policy and media sources. Thirty-five interviews were conducted with Qatari and international experts and stakeholders. Case studies explored specific topics in greater depth and identified possible lessons for Qatar.

The influence of alcohol, sporting rivalries, spatial factors, socio-political factors, psychological factors, situational factors and reaction to play are all factors that drive violent and antisocial behaviour. However, these factors typically interact, and no single factor is found to be responsible in all cases.

The quality of evidence varies significantly and there is not enough evidence about behaviour trends over time or in different contexts. There is a lack of research particularly in relation to the Middle East and North Africa region which makes it difficult to establish an evidence-based strategy for the 2022 World Cup.

There are significant cultural differences in attitudes to alcohol across and within countries, but fans from many parts of the world expect to be able to drink alcohol as part of the experience of watching international football matches. Some international lessons relating to alcohol may not be transferrable to the Qatari context. For instance, existing alcohol restrictions in Qatar and the absence of unsanctioned sources of alcohol may make alcohol control strategies more effective.

The use of security cameras, mandatory transport arrangements for visiting fans and early kick-off times appear to be effective in reducing violence and antisocial behaviour.

Policing approaches aimed at establishing dialogue and positive lines of communication with fans look promising. Some studies found that policing methods that try to cultivate mutually respectful relations between fans and police were effective. However evidence presented in the case study on violence at Euro 2016 suggests that police forces also need a range of tactics, require sufficient resources, and need to be prepared to scale up the response should the situation need it.

Crowd behaviour modelling (CBM) can capture the complex cultural, individual and environmental differences in how people move in a space to predict how mixed crowds behave. CBM is most effective when it is collaborative and iterative between the experts carrying out the modelling, the client and relevant parties such as stadium security officers.

Some promising practices can be drawn from the 2018 World Cup in Russia. Experts views were that international police cooperation and measured policing tactics helped to ensure a largely trouble-free event, while effective, measured and consistent security arrangements were seen by many fans to have contributed to a positive experience.

While there is no single factor that causes disorder in football crowds, evidence suggests that some interventions can be effective in preventing and responding to violent and antisocial behaviour. This means that host nations should be able to take practical steps to minimise the chances of disorder during a tournament. Research strongly suggests that harmful behaviour increases when disproportionate or inconsistent policing and security tactics, queues and delays for stadium entry hinders fans’ movement.

There is a menu of promising practices that event organisers can consider. In terms of policing tactics, lessons show that low-intensity policing is associated with more peaceful crowds. Such approaches are based on building relationships with fans and intelligence sharing and cooperation between law enforcement agencies in different countries, both in advance of and during an event.

There are opportunities for further research before, during and after Qatar 2022. While evidence gaps create challenges for those planning the next World Cup, the event provides a unique chance to plan a strategic portfolio of data collection, analysis and empirical social research.