How Do Games and Simulations Incorporate Will to Fight? 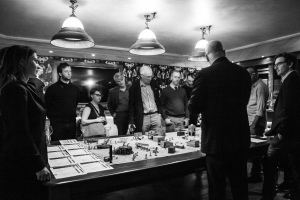 If will to fight is one of the most important factors in war, and if it is absent or poorly represented in military gaming and simulation, then there is a dangerous gap in existing military planning and decisionmaking. Existing commercial examples, experimental models, and the new RAND Arroyo Center model can help fill the gap.

Will to Fight in War Games

A commercial tabletop wargame is set up during a Washington D.C. demonstration.

The team found that commercial tabletop games were generally more effective at representing will to fight. Commercial games used a variety of approaches to mimic will to fight, focusing on leadership and morale. In most cases, morale was a stand-in for overall will to fight.

Complex commercial tabletop war games like Lock ’n Load Tactical Modern Core Rules 4.1, a company-level game using terrain models and figures, made will to fight central to tactical combat. Will to fight figured at least in some way into every player decision and every combat outcome. Some games, like GHQ’s WWII Micro Squad, made victory contingent on breaking enemy will to fight. GHQ created a cohesion system that rolls together leadership, morale, and other aspects of will to fight. This meta-cohesion system applies at each tactical fight, and it clearly influences the outcome of the game. WWII Micro Squad and a handful of other tabletop games represent the kind of aggressive adoption of will-to-fight modeling that might help make military simulation more realistic.

Will to Fight in Existing Simulations

The RAND team evaluated how two types of simulations incorporated will to fight:

None of the military war games or simulations we assessed gave priority to will to fight as the most or even one of the most important factors in war. In fact, with the exception of a few limited experiments and an occasional nod to the suppressive effects of weapon fire or casualty loss ratios, none of these games or simulations includes a serious effort to model will to fight. In the official military simulations we reviewed, holistic combat effectiveness was and is determined almost solely by calculating physical attributes and tactical actions: numbers of tanks, ranges of weapon systems, and flank attacks that exposed vulnerable armor. Battle outcomes are effectively bereft of the dynamic human element. Except where suppression or basic casualty rules are present, orders are always followed without question or hesitation; infantry soldiers charge relentlessly forward, fighting to the last, no matter how desperate the situation; panic, routs, surrender, and heroism are practicably nonexistent. In the few cases where veterancy was acknowledged, it was assigned universally positive value.

Both U.S. Army Research Laboratory and UK Defence Science Research Laboratory researchers have officially recognized this gap. Joseph S. McDonnell related during a presentation at the NDIA Annual Systems Engineering Conference in 2015 how a user of an Army combat simulation memorably described the stark absence of human factors in each simulated soldier, or agent:

[They were] Super Soldiers who could stand face to face with a Shark-nado, shed only tears of joy, needed no rest or sleep, and effectively executed tasks after being in [full chemical protective gear] for the duration of the exercise. 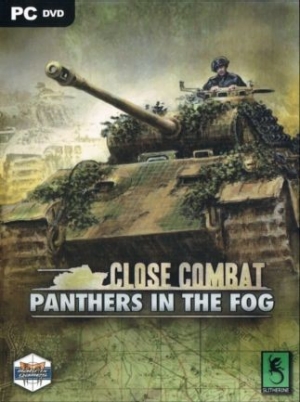 Close Combat: Panthers in the Fog is one of a number of commercial games that include thoughtful will-to-fight systems.

By contrast, commercial computer games were the most effective at representing will to fight. Many commercial simulations replicated will to fight in detail, bringing together the influences of factors like veterancy, skill levels, cohesion, morale, leadership, fatigue, surprise, and maneuver. We found that later iterations of Close Combat (e.g., Panthers in the Fog and Gateway to Caen) have some of the most thoughtful commercial will-to-fight systems. Close Combat remains one of the few commercial ground combat simulations at the tactical-operational level of war with a detailed individual will-to-fight system. Close contenders include To End All Wars, Ultimate General: Civil War, Combat Mission (series), Total War (series), Strategic Command (series), and 1944 Across the Rhine. Each of these carefully and expertly incorporates will to fight as a central component of tactical battle and, to varying degrees, of the outcomes of campaigns and wars.

Together, commercial tabletop and computer games offer a dense menu of options for modeling will to fight ranging from simple tactical modifiers to holistic central gaming systems. The variety of definitions, scoring, and factor relationships makes it impossible to describe a typical commercial approach to will to fight. Instead, the commercial value for military war gaming and simulations experts is broken ground: Modeling theories, gaming systems, issues of play balance, and challenges finding the right degree of realism have been hashed out in hundreds of rule books and designer notes for over 40 years.

Incorporating Will to Fight into Military Simulations

The team's analysis showed that, as of late 2017, most U.S. military war games and simulations of ground combat and combined arms combat either do not include will to fight or include only minor proxies of will to fight (e.g., suppression, or the fear and reaction generated by near misses) that are useful but inadequate to convey its full complexity. So, building from existing research and modeling, and in collaboration with the Natick Soldier Research Development and Engineering Center (NSRDEC), RAND condu

The team's analysis showed that, as of late 2017, most U.S. military war games and simulations of ground combat and combined arms combat either do not include will to fight or include only minor proxies of will to fight (e.g., suppression, or the fear and reaction generated by near misses) that are useful but inadequate to convey its full complexity. So, building from existing research and modeling, and in collaboration with the Natick Soldier Research Development and Engineering Center (NSRDEC), RAND conducted experimental testing of will to fight using the U.S. Army’s Infantry Warrior Simulation (IWARS). Our 7,840 simulated runs applying a suppression proxy and then a complex will-to-fight model across eight experimental scenarios showed that: 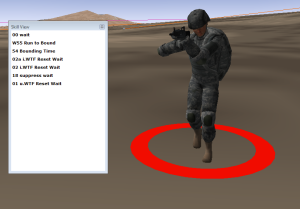 A soldier is simulated using the Infantry Warrior Simulation (IWARS), and given human psychological factors based on a will-to-fight model.

For example, RAND tested Blue versus Red (friendly versus enemy) squads and platoons in IWARS. To examine the effect of will to fight on combat outcomes, we added the effect of delaying reloading and firing due to suppression on the Blue side only. Adding suppression-induced delay significantly increased the likelihood of a Blue defeat.

More detailed experiments (described in detail in the full report) integrated an existing soldier-level will-to-fight psychological model into IWARS. Adding the Silver Combat Psychological Model (CPM, or Silver Model) also influenced changes in combat outcomes, including odds ratios of defeat and percentages of soldiers fleeing. While further testing across a variety of simulations and scenarios is necessary to develop scientific proof that adding will to fight always changes simulation outcomes, RAND's initial research suggests that its influence is frequently strong and that any game or simulation of force-on-force ground combat that does not include will to fight would be misleading, and perhaps dangerously so.