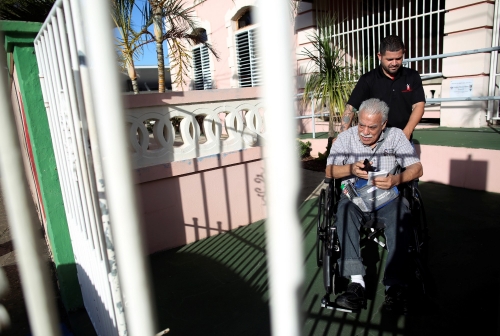 Nicky Sanchez Quiles, 71, a resident of the San Rafael nursing home and a dialysis patient, is taken to a hospital in Arecibo, Puerto Rico February 14, 2018

Over the past three decades, driven in part by outmigration to seek economic opportunity in the continental U.S., Puerto Rico’s population (3.3 million in 2017) has shifted from one that is primarily young and urbanizing to an older demographic. Yet in the wake of the hurricanes, local governments and community members pulled together to sustain one another, showing significant resilience in the face of disaster. Recovery efforts that build on this resilience—across all sectors—aim to make communities and municipalities stronger.

What the Community Says