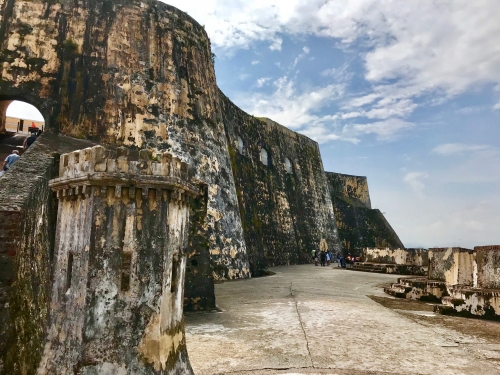 Puerto Rico is home to diverse natural resources that influence every aspect of local life. These resources—including coastal habitats, forests, parks, and recreation areas—affect the air residents breathe, the water they drink, where they live, the food they eat, and opportunities for both work and play. They are so integrated into daily life it is not always apparent how critical they are to the functioning of society. The hurricanes stressed and destroyed significant areas of natural resources on land and at sea, many of which were already strained from pollution, habitat loss, extraction, and weak enforcement of preservation laws. In identifying recovery actions for natural resources, HSOAC, together with FEMA and other stakeholders, highlighted the strong interdependencies among natural resources as well as the interdependencies those resources have with the social systems with which they interact.

In addition to its natural resources, Puerto Rico also has a wealth of cultural resources that are integral to boricua cultural identity and sense of place, tourism, the crafts industry, and Puerto Rico’s economy. These resources represent important assets to Puerto Rico and contribute to the education and well-being of its citizens and visitors. The hurricanes weakened structures such as historic buildings, landscapes, and cultural institutions. Post-storm mold threatened structures and especially their contents, such as museum or library collections and archival records. And many artists lost their livelihoods. Recovery actions identified for this sector focus on restoration of assets and greater resilience through better preparedness, stronger community connections, and mitigation investments and supporting diversified economic development that leverages these resources.