Ahmadinejad vs. the Revolutionary Guards 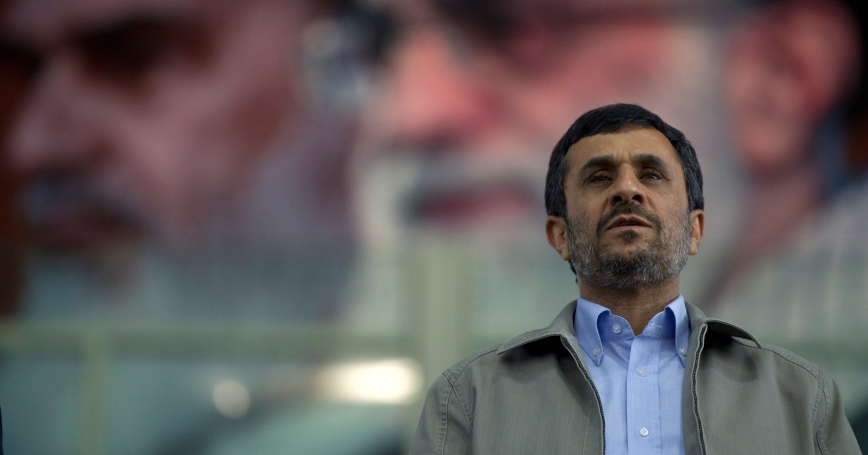 President Mahmoud Ahmadinejad is in hot water these days. His challenge to Supreme Leader Ayatollah Ali Khamenei, which began after he fired the minister of intelligence in April, has provoked the deepening wrath of Iran's political and military elite. There is even talk of impeaching the president.

In the past, Ahmadinejad proved he is a survivor. He masterfully manipulated his way into Iran's second most powerful position. Yet he now faces a challenge he may not be able to overcome. Khamenei has given the Revolutionary Guards the task of reining him in—and perhaps even helping select his replacement as president.

In a recent interview, Guards' chief Gen. Ali Jafari said that his force is now in charge of dealing with the "deviant current"—the latest lingo used to describe Ahmadinejad, his controversial chief of staff Esfandiar Rahim Mashaei and others in his inner circle. Jafari also indicated that the Guards would help set the conditions for next year's parliamentary elections as well as future elections.

Addressing the opposition, Jafari also said reformists who had not crossed the regime's "red lines" would be allowed to run. This may include former President Mohammad Khatami, who recently asked the regime to "forgive" Iranians who protested after the disputed 2009 presidential election. Jafari's comments reflected the growing power of the Guards as Iran's political enforcer.

But Ahmadinejad is unlikely to go down without a fight. He shot back at Jafari by criticizing "illegal" border crossings used by government agencies to smuggle goods in and out of Iran, which is estimated to generate billions of dollars in illicit profits. Ahmadinejad implied that the smugglers were "brothers" with security and intelligence interests. His remarks have been widely interpreted in Iran as referring to the Guards, who are known to operate many jetties, crossings, and ports throughout the country. Jafari subsequently condemned these claims as "deviant."

Ironically, the Guards played a critical role in Ahmadinejad's election in 2005 and 2009. Ahmadinejad was once even considered to be among the Guards' closest allies; he allowed them to amass political and economic power during his presidency. Ahmadinejad publicly suggested that he knows their secrets, as he hinted about smuggling. And he may air more inside information if he feels further threatened.

The Guards are known to be a fractured force. Some members support the reformists, while others are loyal to Ahmadinejad. However, top Guards appear to be solidly behind Khamenei, who has ensured leaders of the elite military wing that they will be powerful long-term guardians of Iranian politics. Khamenei and Jafari are unlikely to allow the political faction loyal to Ahmadinejad to win elections for parliament in 2012 and the presidency in 2013.

So Ahmadinejad may be willing to challenge the very top members of the political elite, including Khamenei and Jafari. But the Guards are also demonstrating that they are willing to exert their growing powers—even against their own "brothers"—to protect their prerogatives.

Alireza Nader is an international policy analyst at the RAND Corporation and the author of "The Next Supreme Leader: Succession in the Islamic Republic of Iran" (RAND, 2011). This article is presented by Tehran Bureau, the U.S. Institute of Peace, and the Woodrow Wilson International Center for Scholars as part of the Iran project at iranprimer.usip.org.

This commentary originally appeared on PBS FRONTLINE on July 11, 2011. Commentary gives RAND researchers a platform to convey insights based on their professional expertise and often on their peer-reviewed research and analysis.