James Drake, 'Father of Windsurfing' and RAND Engineer, Dies at 83 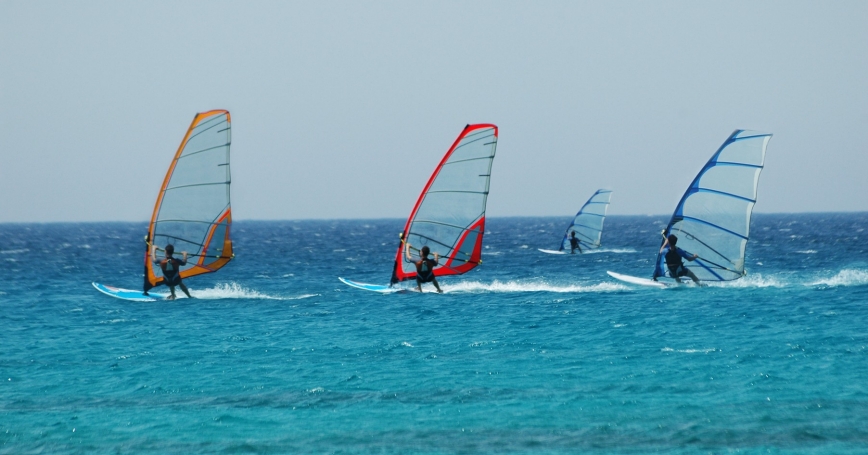 James Drake, a former RAND aeronautical engineer who is also considered the father of windsurfing died on June 19 in his hometown of Pfafftown, North Carolina. He was 83.

In 1969, Drake took a brief vacation from his defense systems work to write a RAND document in which he described a new water-sport vehicle.

Explaining the sport, Drake noted, "A different sailing skill is required, more akin to surfing and skiing — boredom is completely eliminated — and once wind-surfing is mastered, it gives a unique and heady blend of sporting thrills."

After many years of extracurricular mental toying, Drake had come up with a craft that was ridden in a standing position and steered by a handheld sail assembly.

He successfully tested his invention along the coast a few miles south of Santa Monica, California, where he lived and worked at RAND. The sail was designed so that the driving and turning forces were sensed and controlled directly by the rider, with no rudder necessary, and the board "surfed" on swells even in the open ocean.

RAND supported Drake's writing and illustration of the document and published the result. The activity went on to become a major, worldwide sport and Drake is heralded within the windsurfing world as "the father of windsurfing."

In addition to his work at RAND, Drake's aeronautic career included the X-15 rocket plane project--the first plane to travel at the six times the speed of sound. He also drafted early designs for the Tomahawk cruise missile.

He is survived by his wife, Sam, and six children.