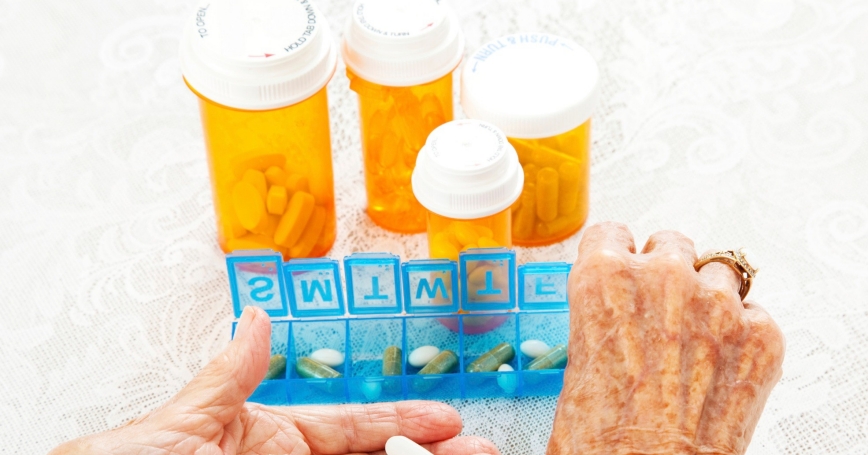 The Institute of Medicine's landmark 1999 report on patient safety, To Err is Human, estimated that medical errors may be responsible for as many as 98,000 deaths in the United States each year and may cost the health care system up to $29 billion. A substantial number of these errors are medication errors. When prescribed inappropriately, medications can cause serious harm—including drug-drug interactions that can be lethal.

Consider the following example. Computerized physician order entry (CPOE) with integrated clinical decision support, provides in principle an electronic layer of review for physicians ordering prescriptions. An automated warning is issued whenever the computer spots a potential drug-drug interaction or some other contraindication to the drug.

In practice, however, the developers of clinical decision support software are so worried about being held liable for missing a possible adverse drug interaction, no matter how rarely it occurs, that they have set the threshold for triggering warnings at a highly sensitive level. The result is "alert fatigue" among clinical users that undermines much of the value that clinical decision support systems otherwise offer. One downstream result of this practice may be to exacerbate provider malpractice risk, since those whose workflow is repeatedly interrupted by automated alerts that aren't clinically important may be tempted to ignore all of the warnings, or even switch off the feature, even as these systems create an audit trail to show that they have done so. This may impede further adoption of clinical decision support technologies.

Taken together, the effects are perverse: namely, the proliferation of clinical decision support systems that providers are reluctant to use, and that do not achieve the safety benefits that those systems are capable of offering. Fortunately, an answer may be on the horizon.

The current issue of the Saint Louis University Journal of Health Law and Policy is devoted to a discussion of this problem and solutions to address it. The lead article is a legal analysis conducted as a part of a larger RAND project funded by the Office of the National Coordinator for Health Information Technology (ONC). The Advancing Clinical Decision Support initiative, led by Doug Bell, included the development of tools for clinical decision support implementation, methods for sharing clinical decision support among different electronic health record systems, and methods for developing new clinical decision support targets within diverse medical specialties. One element of the project involved a review of the liability challenges that have impeded the implementation of clinical decision support, and in particular, challenges that would potentially stymie the development of a "clinically meaningful" drug-drug interaction list.

The use of this optimized list could potentially ameliorate the problem of over-inclusive clinical decision support warnings, but might create another set of liability concerns on the part of vendors, hospitals and physicians. Our legal analysis is featured in this issue of the Journal, together with lively commentaries provided by noted experts in health information technology and the law.

From a policy perspective, the basic challenge is to ensure that liability concerns do not derail the clinical value of new clinical decision support technology. We outline potential strategies to address these liability concerns. The first is to develop an expert-consensus list of which drug-drug interactions should be reported by clinical decision support systems and then endorsement of the consensus list by relevant professional societies. Such endorsement would help to establish a national benchmark for using optimized drug-drug interactions lists. Another solution would be regulation of clinical decision support systems by the U.S. Food and Drug Administration, which the agency thus far has declined to do. The third would be for the Office of the National Coordinator for Health Information Technology (ONC) and the Centers for Medicare & Medicaid Services (CMS) to incorporate an optimized drug-drug interactions list in federal "meaningful use" regulations and/or meaningful use certification. Finally, Congress could create a liability safe harbor for physicians through legislation.

Whether a legislative exemption from tort liability would be prudent or practical remains to be seen. What does seem clear, however, is that clinical decision support represents a situation in which malpractice and products liability can lead to a perverse equilibrium: One in which the law has a detrimental effect on technology, and in which patients, physicians, and institutions are all made worse off as a result.