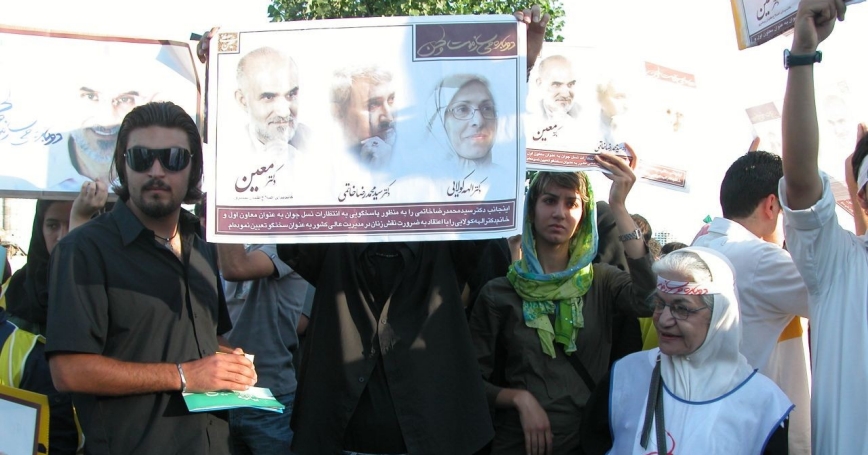 by Alireza Nader and Robert Stewart

The role and plight of ethnic minorities in Iranian society tends to receive little attention from Western analysts and policymakers. This may be largely due to the predominance of Tehran as the focal point of Iranian culture, politics, and foreign policy. Moreover, Iran's ethnic minorities have been heavily marginalized by Iran's Persian-dominated Shiite theocracy. The suppression of minority rights has resulted in ethnic insurgencies over the years, some of which continue to bedevil the Iranian regime.

Nevertheless, many Iranian officials, religious leaders, and intellectuals, particularly those associated with the reformist movement, have come to view Iran's ethnic minorities as an essential component of the national fabric. They have also come to realize that the Iranian regime's repression and discrimination against minorities has not only slowed Iran's advancement, but it could one day jeopardize the survival of the Islamic Republic—and even Iran's territorial integrity.

Non-Persian ethnic minorities make up roughly 40 to 50 percent of Iran's population. The main minority groups are Turkish-speaking Azerbaijanis, Kurds, Arabs, Baluch, and smaller populations of Armenians, Turkmen, and Lors. Iranian Turkish speakers, most of whom are Shiites, tend to be closely integrated into Iranian society and politics, although they too suffer some cultural and political discrimination. Kurds and the Baluch are mostly Sunni and thus subjected to the highest level of discrimination by Iran's Shiite theocracy.

From the time of Reza Shah Pahlavi (1925–1941), the Iranian central government has attempted to mold ethnic minority groups into the state's vision of an ideal Iranian nation. Reza Shah used military might to suppress and subjugate minority groups, banned the writing of non-Persian languages, and made Persian the national language of Iran. The Persianization of Iran continued under Reza Shah's son, Mohammad Reza Pahlavi (1941–1979).

Whereas the Pahlavi dynasty attempted to reshape Iran into a more homogenous, Persian-centric, and Western-leaning society, the Islamic Republic has attempted to reconstruct a theocratic Shiite Persian-centric nation. For both regimes, unassimilated minorities represented a threat to the construction of a prescribed national identity. In addition, Iran's central government has persistently feared the exploitation of Iranian minorities by foreign powers, including Britain, the United States, Israel, and even Saudi Arabia. The Islamic Republic, like the Pahlavi monarchy, has engaged in the violent suppression of minority rights.

Nevertheless, the conservative and reformist wings of the Islamic Republic have varying perceptions of and policies toward ethnic minorities. The conservatives, largely made up of the traditional clergy, the Revolutionary Guards, and allied businessmen, prefer the status quo: a heavily Persianized Shiite theocracy that marginalizes non-Shiites and non-Persian ethnic minorities.

Reformists, on the other hand, have proposed policies to integrate Iran's minorities by expanding political power beyond the traditional elite. Mohammad Khatami's election as president in 1997 was made possible by his appeal to minority voters, especially women and ethnic groups. As president, he implemented village and city council elections, which gave ethnic minorities the right to vote for their local representatives. Khatami also strengthened civil society in ethnic regions. Toward the end of his presidency, his Management and Planning Organization proposed a policy to allocate more administrative posts at the regional and provincial levels, which would allow for more ethnic minority participation.

Despite the common Western perception that Iran's conservative base lies in its underdeveloped rural society, voting patterns since the establishment of the Islamic Republic show that ethnic minorities (who often live in the most undeveloped rural areas) turn out to vote en masse when a candidate supports their rights.

Mahmoud Ahmadinejad's ultra-conservative presidency (2005–2013) has witnessed a more widespread campaign of intimidation against Arabs, the Kurds, and the Baluch, including mass arrests and summary execution of minority activists. Ahmadinejad, who has occasionally paid lip service to minority rights, has not seen non-Persians as an essential component of the political system or as a way to enhance his quest for greater political power. Rather, he has sought to silence those opposed to his political views, especially reformists.

The reformist candidates in the 2009 presidential election, including Mir Hossein Mousavi and Mehdi Karroubi, promoted Khatami's policies on minority rights. Mehdi Karroubi, for example, called for equal rights for all Iranians regardless of ethnicity. Mousavi, like Karroubi, espoused the rights of religious minorities and vowed, if elected, to ensure the rights guaranteed to ethnic minorities in Iran's constitution. Mousavi also supported minority-language education in Iranian schools.

The regime's violent crackdown on civil society activists after the 2009 presidential elections widened the gulf between ethnic minorities and the Iranian regime. But the reformist movement's failure to implement any meaningful changes or effectively confront the ruling regime may have also disappointed minority rights activists.

The extent to which the reformists will try to remobilize ethnic minorities in the lead-up to the June 2013 presidential election remains to be seen. Prominent reformists, such as Abdullah Nouri, former minister of interior under Khatami, have emphasized a need for reformists to devise a political plan that can address all the peoples of Iran, especially ethnic minorities. Former President Khatami has insisted that demand for ethno-religious minority rights accompany free and open elections.

However, the reformists may have to contend with a disenchanted ethnic constituency, especially given their lack of political nerve and organization after the 2009 election. Moreover, the reformists are unlikely to play an effective role within the regime because the ruling elite largely views them as "seditionists." Ethnic minorities and supporters from the Persian majority will not follow the reformists if they continue to avoid an aggressive challenge to the political system, including demands that Iran's constitution be revised to allow for a democratic system that encompasses minority rights.

It is unlikely that either the conservatives or the reformists can effectively appeal to and mobilize Iran's large ethnic minority population. Most non-Persians appear to desire greater rights within their country, rather than outright secession from Iran. But marginalized from society, Iranian ethnic minorities may choose a path of political apathy. On the other hand, Tehran's refusal to acknowledge minority rights may lead to future ethnic insurgencies and uprisings.

Iran's quickly declining economy and its increasing international isolation have led to general dissatisfaction among the Iranian public. As a result, ethnic minorities and their Persian brethren could join forces to pose a serious and perhaps unstoppable challenge to the Islamic Republic—and to conservatives and reformists alike.

Alireza Nader is a senior policy analyst and Robert Stewart is a research assistant at the nonprofit, nonpartisan RAND Corporation.

This commentary originally appeared in Foreign Policy on April 3, 2013. Commentary gives RAND researchers a platform to convey insights based on their professional expertise and often on their peer-reviewed research and analysis.