With More Opportunities for Recruitment, the ISIS Threat Could Grow 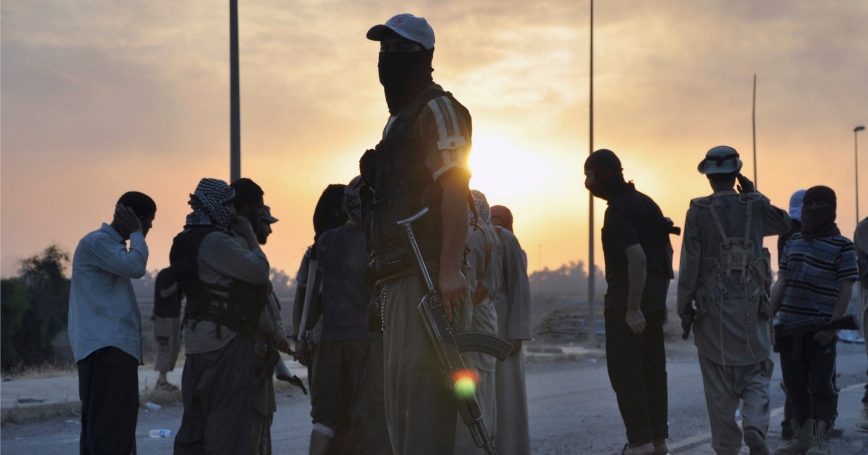 Fighters of the Islamic State of Iraq and the Levant (ISIL) stand guard at a checkpoint in the northern Iraq city of Mosul, June 11, 2014

As the Islamic State of Iraq and Syria (ISIS) rolls through northern Iraq, taking two cities, Mosul and Tikrit, in as many days last week, experts are concerned not only about territory and resources seized by the militants, but also about growing opportunities for ISIS to bolster its ranks.

As RAND's William Young explained in USA Today, a foothold in eastern Syria and western Iraq should yield plenty of opportunities to enlist new militants, while ISIS forces move closer to Baghdad:

“ISIS's continued control of this region would allow them to gain momentum as they target new recruits from the increasingly radicalized youth in the region.”

According to political scientist Patrick Johnston, one potential draw for ISIS recruits is the mystique of its leader, Abu Bakr al-Baghdadi:

“He's managed this secret persona extremely well, and it's enhanced his group's prestige. Young people are really attracted to that.”

This video is hosted by cnn.com. RAND is not responsible for any materials originating from this third-party server.

The jihadist group, also known as the Islamic State in Iraq and the Levant (ISIL), is highly active on various social media channels, where it targets numerous audiences, including potential recruits. RAND's Seth Jones discussed this and many other issues on CNN this week:

“ISIS is increasingly getting a number of foreign fighters, so by putting these [messages] out on Facebook—they have Twitter accounts, they have Internet sites that they use—it's partly a means of attracting individuals to come fight 'the good war,' 'the good jihad' in Iraq and Syria.”

Jones, whose recent report on the persistent threat of groups like ISIS warned that ignoring those in Syria could have serious repercussions, also pointed to ISIS's tendrils in Europe:

“We have seen a growing [ISIS] use of networks for fundraising and recruitment in Europe. There was an assassination recently in Brussels by someone who had been trained by ISIS in Syria. So there are growing concerns about the external operations capability of Baghdadi and his organization.”

Finally, Jones spoke to concerns of ISIS having drawn American fighters to its cause:

“[While] we don't have great numbers right now, estimates have put this at maybe over a hundred Americans. But that's in Syria more broadly, and that's fighting for a number of different organizations. Probably in the dozens at most, though.”

For timely insights on this and other stories as they evolve, follow Jones @SethGJones.