The Power to Coerce 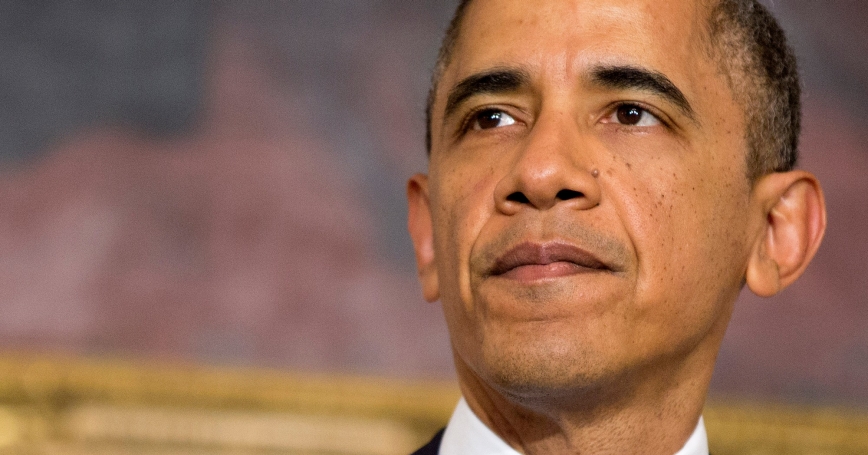 The Obama administration has been pilloried at home and abroad for hesitating to use military force to impose America's will on its adversaries — for not striking the Syrian regime after it used chemical weapons, for choosing talks instead of force to stop Iran's nuclear program, and for what critics regard as a meek response to Russia's seizure of Crimea. However, in at least the Iranian and Russian cases, the United States has used its non-military power to coerce — we call it “P2C” — to good effect.

Power comes in different forms. Hard power is mainly the use of offensive military force to compel enemy regimes to change their ways. Soft power relies on influence, institutions and instruments, such as diplomacy, foreign aid, and democratic reform, to persuade friendly societies to seek what Americans seek. Coercive power uses non-military means to make unfriendly states do what they would rather not. It is an underrated, inchoate, yet increasingly useful category of power in-between making war and making nice.

P2C includes sanctions, cyber operations, intelligence operations, resource manipulation, interdiction measures, defense support for friendly states and groups, and old-fashioned political arm-twisting. While the United States is able to employ all such instruments, it is not alone. Russia uses paramilitary operations outside its territory, threats to shut off gas supplies, cyber-warfare, and political intimidation. China uses cybertheft, political intimidation, and fishing vessels and oil rigs to reinforce its maritime claims. Iran foments unrest around the Persian Gulf, uses proxies to threaten Israel and other enemies, and has warned that it will close the Strait of Hormuz. Coercive power is now at the core of international intrigue.

The United States has specialized in the use of economic sanctions, which have a long but uneven history: They were successful, if slow, in freeing South Africans from apartheid and East Europeans and Russians from communism. But they have failed to break the Castros' grip on Cuba or the Kims' on North Korea. Sanctions are sometimes criticized as a way to “do something” when the United States lacks the will to use force. Moreover, they do not work without international consensus and wide participation, which may defeat or at least dilute them.

Increasingly, though, it appears that well-orchestrated economic sanctions can deter, compel, punish and weaken adversaries. With the United States as maestro, they have induced Iran to negotiate at least a temporary cessation of uranium enrichment activities that could lead to nuclear weapons. And by demonstrating the impact of targeted sanctions and by threatening to impose more, they may have given Russian President Vladimir Putin pause in trying to gain control of Eastern Ukraine.

These achievements are possible because of substantial improvement in the particular ability of the United States to impose financial sanctions on an adversary. Following the al-Qaida attacks of Sept. 11, 2001, the U.S. Department of Treasury and the intelligence community honed their ability to find, track, squeeze and shut down flows and holdings of money, thanks in part to the globalization of banking systems. It is getting harder and harder for states, groups, companies, and wealthy individuals to hide and move money, except under mattresses and in sacks. Deny hard currency and international credit, and the result is a sharp contraction of transactions, trade, investment, production, and eventually growth, as has been the case with Iran.

Owing to its prowess in information systems, the United States also has unrivaled and unprecedented abilities to track and intercept shipments of illicit goods, to operate in cyberspace, to apprehend “high-value” individuals, and to conduct deniable intelligence actions. As the United States becomes a major exporter of oil and liquefied natural gas, it may also be able to negate efforts of the likes of Russia and Iran to manipulate fuel supplies for political gains. Of course, because the United States benefits generally from open markets, transparency, reliable information, and economic inclusiveness, it should use such coercive instruments judiciously.

This enhancement of the power to coerce could not come at a better time, as the United States faces increasing costs and potential casualties in projecting offensive military force at will, the way it has done since the end of the Cold War. As the case of Crimea shows, force is not always feasible. Moreover, the relentless spread of military technologies is improving the ability of enemies to target U.S. forces — the phenomenon known as “anti-access/area-denial.”

Because the United States has relied so heavily — perhaps too heavily — on force, we tend to equate it with power. Some results can only be achieved by military force, but coercion can be an effective substitute. A superpower, by definition, has plenty of options to have its way without always needing to send troops into to battle — a smart superpower will use those options. When it comes to the P2C, the United States has a strong hand. It should use it strategically, selectively, shrewdly, and fiercely.

This commentary originally appeared on U.S. News & World Report on July 9, 2014. Commentary gives RAND researchers a platform to convey insights based on their professional expertise and often on their peer-reviewed research and analysis.