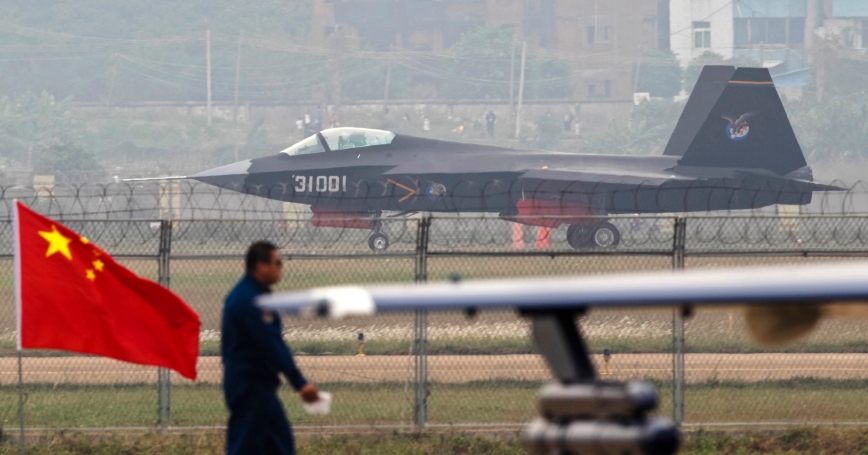 China's aerospace forces and capabilities are rapidly developing. This has important implications for U.S. strategic imperatives in the Asia-Pacific region.

To help foster a better understanding of the aerospace component of China's military modernization efforts, more than 100 participants from the U.S. Air Force, the Department of Defense, and the public policy research and academic communities recently gathered in Arlington, Virginia for the inaugural China Aerospace Studies Institute (CASI) conference.

The meeting's theme was Assessing Chinese Aerospace Training & Operational Competence. Convened by RAND in conjunction with the USAF Headquarters and Air University, the conference was composed of eight panels presenting original research that covered numerous topics, such as China's aerospace leadership dynamics, ground-based air defense training, and logistics and maintenance. Active-duty USAF officers served as panelists, lending their operational experience to the exercise.

Deputy Secretary of Defense Robert Work provided the keynote address for the conference. “China is mounting a serious aerospace challenge against the United States,” he said. “They are intent on closing the gap.” Work highlighted CASI's key role in helping the United States determine how to respond to this challenge, describing the institute as an “exemplar of what we need to do to prepare for the future.”

CASI's inaugural conference showcased the research the institute staff has been conducting throughout the year, drawing on openly available Chinese sources. CASI is poised to play a leading role in enhancing understanding of the aerospace component of China's military modernization efforts and building China expertise in the Air Force and beyond.

Final reports of the conference papers will be made available on the CASI website later this year.

Lyle Morris is a project associate at the nonprofit, nonpartisan RAND Corporation.