How to Overcome the Risks of Artificial Intelligence 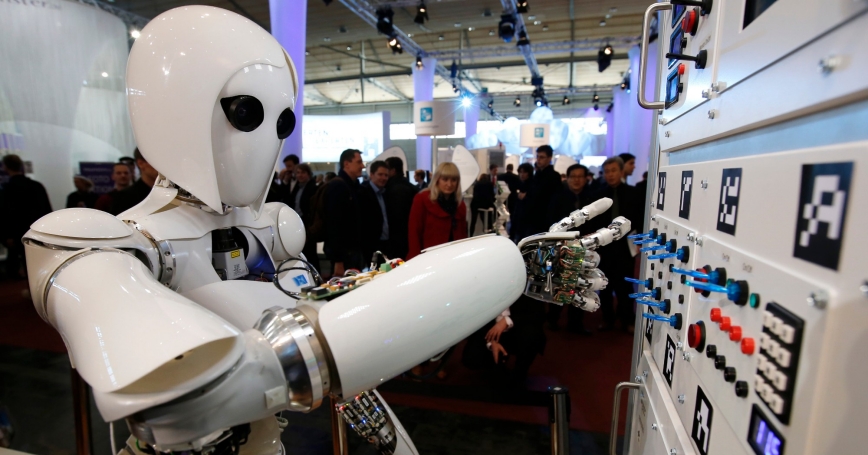 The humanoid robot AILA (artificial intelligence lightweight android) operates a switchboard during a demonstration at the CeBit computer fair in Hanover, Germany, March, 5, 2013

Apple's recent acquisition of Vocal IQ, an artificial intelligence company that specializes in voice programs, should not on its face lead to much fanfare: It appears to be a smart business move to enhance Siri's capabilities. But it is also another sign of the increased role of AI in our daily lives. While the warnings and promises of AI aren't new, advances in technology make them more pressing.

Forbes reported this month: “The vision of talking to your computer like in Star Trek and it fully understanding and executing those commands are about to become reality in the next 5 years.” Antoine Blondeau, CEO at Sentient Technologies Holdings, recently told Wired that in five years he expects “massive gains” for human efficiency as a result of artificial intelligence, especially in the fields of health care, finance, logistics and retail.

Blondeau further envisions the rise of “evolutionary intelligence agents,” that is, computers which “evolve by themselves—trained to survive and thrive by writing their own code—spawning trillions of computer programs to solve incredibly complex problems.”

The remainder of this commentary is available at time.com.

Andrew Lohn is an associate engineer, Andrew Parasiliti is director of the Center for Global Risk & Security, and William Welser IV is director of Engineering & Applied Sciences at the nonprofit, nonpartisan RAND Corporation.

This commentary originally appeared on TIME on October 22, 2015. Commentary gives RAND researchers a platform to convey insights based on their professional expertise and often on their peer-reviewed research and analysis.