After Decades of Conflict, Learning to Reap the Benefits of Taxes in Northern Uganda 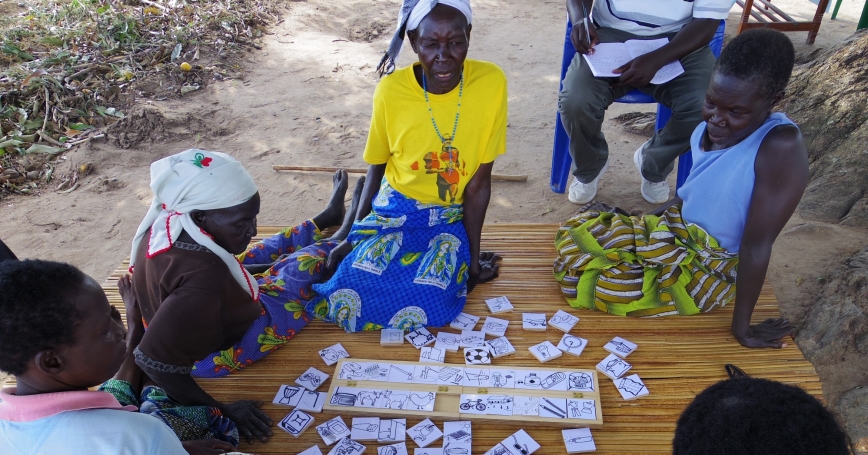 Photo by Stephanie Hirmer/CC BY 2.0

After suffering through two decades of internal armed conflict in northern Uganda, grassroots organizations find themselves wrestling with an ordinary, and necessary, woe of civil society—taxes. Specifically, they are trying to get citizens to pay them while teaching them how to get the local government to spend tax money on services that are needed.

In 1999, a group of women activists in Kitgum—one of the conflict-affected districts in northern Uganda—founded the Kitgum Women's Peace Initiative (KIWEPI), a women's peace-oriented community-based organization. KIWEPI provides psychosocial services and vocational training for women who were abducted during the armed conflict but who now live in and around Kitgum district. Advocates say they hope to give these and other local women the opportunity to be financially independent, to slowly reintegrate into their former communities, and to help rebuild the country.

To do so, the women's initiative has found it must work with the business community, local leaders, and religious figures to create awareness about the importance of paying taxes and holding local governments accountable.

Less than 2 percent of residents in Kitgum municipality paid income tax in 2013, staffers with the women's initiative told me when I visited in January. Gladys Canogura, KIWEPI's founder and executive director, said Ugandans historically looked askance at paying taxes because they didn't see how the collected revenues were used to improve public services.

KIWEPI encourages Ugandans, especially women, not only to pay taxes but to follow up to try to ensure that revenues generated are allocated to gender-specific needs in the community. Local women leaders now consult with Kitgum officials and the municipal finance department, Canogura said, to ensure that government spending is gender sensitive and responsive to different populations' unique circumstances, including caring for former female abductees and their children. Historically, the problems facing women have not received the attention they deserved. While the problem has not been solved, progress is being made.

KIWEPI's work with government officials has led more women to take local leadership roles and participate in decisionmaking that affects everyone in the community, Canogura said. The work also has encouraged men to learn about and engage with issues affecting women, families, and neighborhoods.

“Sustainable peace in the region can only be achieved when both men and women are engaged, the community participates in governance, and the voices of the most marginalized are represented,” Canogura said.

Northern Uganda still has much to recover from the protracted internal conflict that lasted for almost two decades. The conflict that raged between the Lord's Resistance Army (LRA), a rebel group that became active in northern Uganda in the mid-1980s, and the Ugandan People's Defense Forces devastated communities in the region. The LRA, headed by the infamous Joseph Kony, committed horrific human rights abuses including killing and mutilating civilians, sexual violence against women and girls, and abducting young boys, many of them enslaved as child soldiers. In 2003, Jan Egeland, then United Nations undersecretary-general for humanitarian affairs, called the combat in northern Uganda “the biggest forgotten, neglected humanitarian emergency in the world.”

The conflict, which lasted from 1986 to 2006, broke down social infrastructures, shattered communities, and displaced more than 1.9 million people. The Ugandan government and the LRA agreed to a permanent ceasefire in 2006. Although their signed accord allowed more than 1 million people to return home, the rehabilitation and reintegration of this traumatized population has posed major challenges for local communities and the Ugandan government.

In the post-conflict regions of northern Uganda—including in the districts of Gulu, Kitgum, and Lira—a major issue has been the dearth of available health care, legal services, psychological support, and counseling. Studies have shown that many in post-conflict settings suffer from physical and psychological war-related trauma. Further, former combatants and women who were abducted by soldiers and bore children conceived during rape by LRA fighters confront severe stigma upon their return.

The long period of brutality was especially devastating for women and children survivors of sexual violence, who continue to grapple with the aftermath of the horrors they survived, Canogura said. She called their struggles “the ongoing silent war,” noting that survivors are still coping with physical and mental health problems while seeking to integrate into their families and communities. Many community leaders are well aware of the hurdles faced because they, too, are onetime abductees and survivors. They know what services are needed and play a critical role in ensuring that the government allocates sums to support the afflicted, she said.

In 2015, the number of residents who paid taxes in Kitgum district was about 5 percent, more than double what it was in 2013. The women's initiative and other organizers and activists seeking to change attitudes and educate Ugandans about the benefits of paying taxes have found encouragement in these numbers.

One target on KIWEPI's agenda: Birthing centers that lack basic amenities such as electricity and enough rooms to separate women who have died during childbirth from those undergoing labor. So that women in labor don't have to endure such trauma, Canogura's organization is pushing the local government to expand hospital space and upgrade maternal health services. It is one more example of how community leaders continue to demand government accountability by pushing for improvements in public services that constituents direly need.