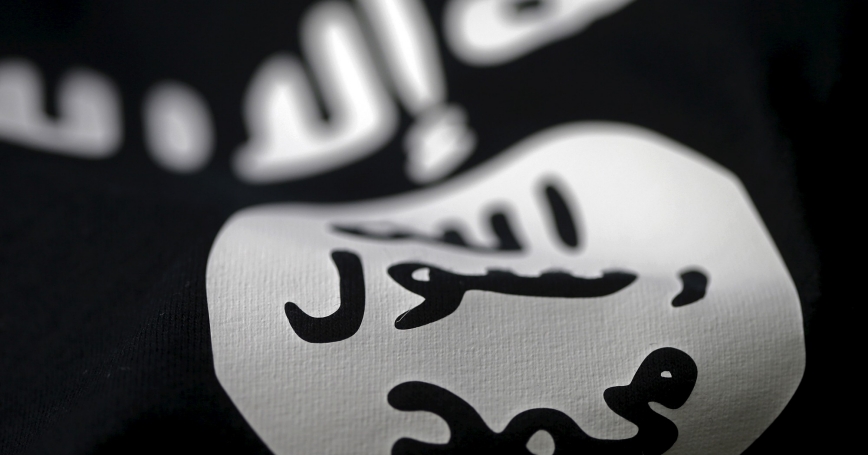 An Islamic State flag is seen in this picture, taken February 18, 2016

Once famous for being the richest terrorist group in the world, the Islamic State — variously known as IS, ISIL and Daesh — now faces considerable money problems. Coalition airstrikes, economic downturns in both Iraq and Syria and historically low global oil prices have combined to hit the group where it hurts the most — the bottom line.

Coalition successes in countering ISIL financing owe primarily to two main efforts. The first is an air campaign against the group's oil revenue named Operation Tidal Wave II. The campaign, which began last October, has starved ISIL of tens of millions of oil dollars it was making by controlling the majority of Syria's oilfields. While Operation Tidal Wave II was not the first coalition effort to target ISIL oil, from which the group was making an estimated $50 million per month prior to the operation, the campaign has reduced ISIL oil revenue by an estimated 30 percent, according to coalition estimates.

The second effort has targeted ISIL's cash directly, going after the banks where the group stores its cash in Iraq. Airstrikes have destroyed much of the money in ISIL's Bayt al-Mal, or “general treasury,” the locations where ISIL holds its money. After conducting two airstrikes on ISIL-controlled banks in Mosul in January that destroyed between “tens of millions” and “a billion” dollars of bulk “Daesh cash,” according to coalition spokesman Col. Steve Warren, the coalition struck again. Airstrikes decimated four more major ISIL cash storage and distribution facilities on Feb. 14, including the Iraqi Central Bank branch in Mosul — the same bank from which ISIL reportedly stole an estimated $400 million dollars after the group seized the city in June 2014.

These airstrikes on ISIL's Bayt al-Mal in Iraq complement coalition actions against ISIL oil assets in Syria since the group controls only a small share of the country's oil revenue in Iraq. There, the group relies instead on extortion, taxation and other financial schemes to generate the revenue needed to finance attacks and to impose strict sharia law over civilians across large swaths of territory.

In addition to these two coalition initiatives to erode ISIL's major financial pillars, the struggling economies of Iraq and Syria have also hindered ISIL's ability to generate revenues. Citing economic hardship, the Iraqi government has discontinued salaries to thousands of government employees located in ISIL-controlled territory, whom ISIL tax at high rates. Moreover, historically low oil prices have reduced the profitability of ISIL's oil operations. The difficulty of producing and smuggling cheap oil across borders has led ISIL to sell most of its oil locally in Iraq and Syria at steeply discounted prices.

Taken together, coalition actions have deprived ISIL of hundreds of millions of dollars it planned to use to conduct military operations and to enforce strict sharia law. In practical terms, this means ISIL must now find ways to continue funding itself within its self-proclaimed caliphate.

It's too early to dismiss ISIL financially.

Despite the success of the counter-terrorist finance measures adopted by the United States and other coalition partner nations, it is too early to dismiss ISIL financially. Where will ISIL turn for money? The answer is, “It's the economy, stupid.”

In the absence of Iraqi and Syrian security and opposition forces capable of reclaiming ISIL territory, the group continues to control important economic and financial resources in Iraq and Syria's agricultural (PDF), manufacturing and financial sectors. The question is whether ISIL will be able to translate these economic resources into a functioning, sustainable economy in its self-proclaimed caliphate from which it can extract sufficient tax revenue to finance its military and governance operations.

No other Islamist militant group has faced as much pressure to conduct effective large-scale economic governance. Unlike other terrorist groups, such as al-Qaeda, the Islamic State has historically eschewed (PDF) reliance on deep-pocketed donors for funding. Instead, it has developed a robust taxation and extortion infrastructure in ISIL-held territories. There are already indications of price increases on goods sold in those areas, tax hikes and more aggressive collection of fines and other fees by the ISIL al-Hisbah, or “morality police.” The Islamic State is also implementing austerity measures to slash the group's costs — the most dramatic being an across-the-board 50 percent decrease of salaries paid to ISIL members.

No other Islamist militant group has faced as much pressure to conduct effective large-scale economic governance.

Some analysts, citing ISIL's lack of technical expertise and its interventionist policies, have dismissed ISIL's ability to oversee a sustainable economy. However, a look at the group's stated policies suggest that its economic outlook might not be as gloomy as analysts suggest. For example, ISIL has a policy of retaining technical expertise from previous government and private-sector regimes. More broadly, ISIL's economic policies are remarkably consistent with many of the market-friendly recommendations that international financial institutions typically make, such as minimal state ownership of industry beyond regulatory and taxation roles. Moreover, previous studies of ISIL have shown that the group is quite adept at balancing its expenditures with its revenues. ISIL's ability to withstand austerity measures means that the group may be able to survive — and thrive — as an insurgent and terrorist threat despite the current strain on its finances.

To counter the Islamic State effectively in this new phase of economic warfare, the United States and coalition must continue to apply pressure against ISIL's oil operations and its bulk cash reserves. But it is crucial for coalition forces to find new ways to break the cycle of ISIL control over the economy. The best way to do this is simple: Separate ISIL from the population from which it profits. Reasserting control over ISIL-held territories such as Ramadi and Tikrit are good examples of such successes. Effective partnerships with host-nation security forces capable of retaking Mosul and Raqqa — ISIL's capitals in Iraq and Syria — while also rooting out ISIL's formal and informal taxation programs, are necessary to destroy the Islamic State's war chest.

Patrick Johnston is a political scientist at the nonprofit, nonpartisan RAND Corporation.

This commentary originally appeared on USA Today on March 4, 2016. Commentary gives RAND researchers a platform to convey insights based on their professional expertise and often on their peer-reviewed research and analysis.