A Different Kind of Refugee Crisis 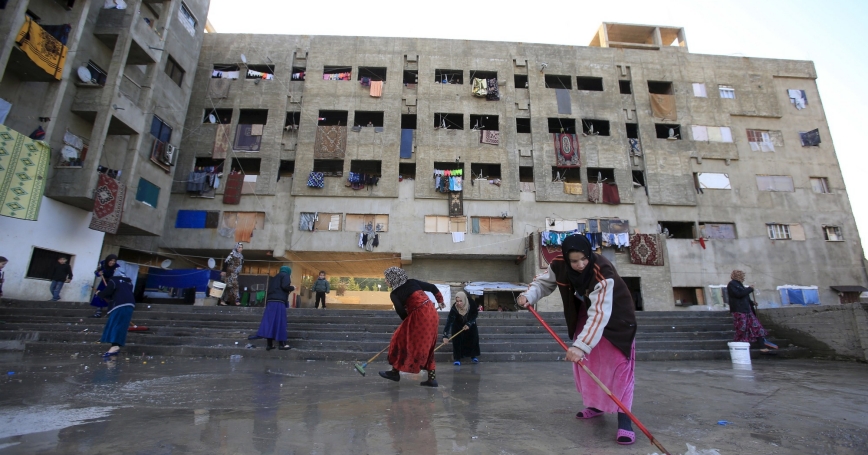 Many people have the impression that refugee crises are managed in refugee camps. But most of the 5 million Syrian refugees in the Middle East do not live in camps. Ninety percent live in urban and other noncamp locations in their new host countries: Turkey, Lebanon, Jordan, Iraq and Egypt.

In the Syrian refugee crisis, people are leaving what used to be a middle-income country and going to urban areas of other middle-income countries. To accommodate the suddenly larger population, host countries struggle to integrate refugees into labor markets, housing markets, the social fabric and public services, such as education, health care and sanitation.

This means that this refugee crisis is different. And therefore the way that it is managed should also be different. The international humanitarian community has extensive experience running refugee camps, but there's not as much experience handling refugees in urban areas.

Our recent RAND study assessed the refugee response in Jordan and Lebanon. While there are competent, dedicated people working around the clock and their efforts have met many needs, our bottom-line conclusion is that the overall management model for the Syrian refugee response is failing. It has met a fraction of the total need — and refugees in the Middle East have become so desperate that they are braving the open seas with their children to find their way to Europe.

More money is certainly an imperative. But no amount of additional donor funding will solve these problems without implementing new solutions. The fundamental problem is a mismatch between the circumstances and the management approach.

International humanitarian practices have evolved over recent decades to deal with refugee situations in camps in weak, impoverished states. In these cases, the aid community, namely the U.N. system and international nongovernmental organizations, needed to step in and create basic services where none existed before. They set up separate schools, clinics, shelter and sanitation, as the host countries could not or would not, and as the refugees themselves were often lacking in such skills. This approach assumed a short-lived state-of-affairs until refugees could return home. Yet the average time to return home in protracted refugee situations is 25 years. This leaves refugees in limbo — and the international aid system functioning as a quasi-state within states.

But in Jordan and Lebanon, middle-income countries with robust public sectors where a significant Syrian population may be present for years to come, solutions should be more about supporting the expansion of existing national public services, rather than creating new, internationally run parallel services. Solutions should also be about supporting the ability of the refugees to meet their own needs.

To accommodate changed circumstances, refugee aid in the Middle East should change in several ways.

First, planning should take a 10-year outlook, instead of the current year-to-year approach. This is no longer a temporary emergency in which refugees cross the border expecting to go home soon to intact homes and communities. At five years, this is now protracted. Even if Syria's civil war were to be resolved soon, it could be decades before many Syrians can go home, prevented by residual tensions and demolished infrastructure.

Second, with this longer time frame in mind, donor countries should shift investment away from temporary, internationally provided services and instead build up the capacity of host governments to manage into the future. Parallel services run by the U.N. system and nongovernment organizations were necessary early on when national services could not expand quickly enough. Now, in many cases, the governments have taken steps to integrate the Syrians into their public services. There needs to be an active process to help governments expand and improve public education, health care and sanitation — along with steps to ensure transparency of budgets. Yet funding to date has been heavily weighted toward international parallel services. For example, the $5.8 billion appeal for 2016 for the Middle East refugee response includes $4.6 billion to United Nations agencies and NGOs, with only $1.2 billion for the host governments.

Third, refugees themselves should be included in the refugee response. In Jordan and Lebanon, refugees are prohibited from being hired as aid workers or other needed positions such as teachers or nurses, and there are no mechanisms for them to participate in the refugee response working groups. This is due to both labor laws in the host countries and precedent that refugees themselves do not do the paid work needed to help their community. Refugees are treated as recipients rather than active participants. A refugee response without participation of the refugees is unlikely to be efficient, effective or justly meet the priorities of the refugees. Yet this is a group of refugees with a diverse skill base and high capability to contribute.

And finally, refugee policies need more U.S. leadership. These are issues that transcend national boundaries, that are politically sensitive and demand hard trade-offs in the way that assistance money is used and national policies are developed. The future prosperity and stability of the Middle East rests on getting this right.

A protracted refugee crisis with a largely urban refugee population is both different from past crises and a harbinger of the new normal. It is time that the international aid community rethink how assistance is delivered.

Shelly Culbertson is a policy analyst at the nonprofit, nonpartisan RAND Corporation. This commentary is based on research for her book, The Fires of Spring: A Post-Arab Spring Journey Through the Tumultuous New Middle East.

This commentary originally appeared on U.S. News & World Report on May 16, 2016. Commentary gives RAND researchers a platform to convey insights based on their professional expertise and often on their peer-reviewed research and analysis.