Q&A: An Unthinkable War Between the U.S. and China 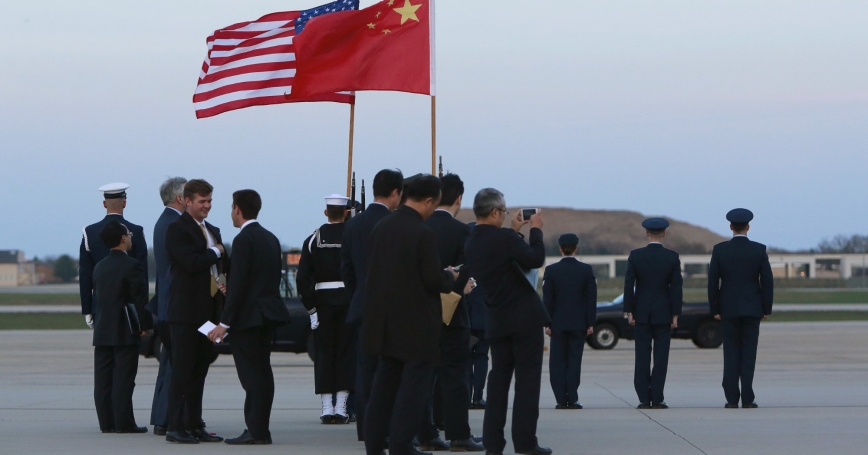 A diplomatic delegation waits for China's President Xi Jinping to arrive at Joint Base Andrews, Maryland, March 30, 2016, to attend the Nuclear Security Summit

A new RAND study titled “War with China: Thinking Through the Unthinkable” found that improving Chinese military capabilities challenge the assumption that the United States would emerge an early and decisive victor in a war with China. The report noted that the advanced strike capabilities of each side, combined with the shrinking of the military gap between them, could make such a war intense, highly destructive, and yet protracted.

David C. Gompert, the lead author of the study and an adjunct senior fellow at RAND, recently participated in a Q&A on what the study does, and does not, say about the potential for a Sino-U.S. war and its possible outcome.

Are you predicting that the United States and China may soon go to war?

We do not predict a war between the United States and China. Rather, it is plausible that such a war could arise out of a mishandled crisis and, given improvements in the strike capabilities of both countries, could be intense, destructive, and protracted.

What kind of spark might ignite a Sino-U.S. war?

Tensions exist between the United States and China on a number of issues, and a crisis could occur and involve incidents or miscalculations that lead to hostilities. For example, China could try to intimidate its neighbors below the threshold of U.S. intervention and misjudge where that threshold is, or underestimate U.S. willingness to back Japan militarily in a crisis over disputed territory in the East China Sea.

At present, Chinese military losses would significantly exceed U.S. losses during a war. However, the unrelenting improvement of Chinese “anti-access” capabilities could increase U.S. losses and, as U.S. strike capabilities are depleted, reduce Chinese losses. But even as China improves its military abilities, it could not be confident of gaining military advantage. This suggests the strong possibility of a prolonged and inconclusive war.

Could a Sino-U.S. war go nuclear?

Nuclear war is highly unlikely. Even in an intensely violent conventional conflict, neither side would regard its losses as so serious, its prospects so dire, or the stakes so vital that it would run the risk of devastating nuclear retaliation by using nuclear weapons first.

If such a war were to break out, how might Japan react?

We do not predict that Japan would enter such a war. Rather, we say it could be militarily significant if Japan were to do so. It is more likely that Japan would enter a conflict between the United States and China if it was threatened or attacked. U.S. use of bases in Japan could well lead to Chinese threats or attacks against Japan. Likewise, if China attacked Japanese forces, Japan would presumably be more likely to resist. While we would not predict how Japan would react in circumstances such as these, the very possibility that Japan might enter a conflict on the side of the United States would weigh heavily on Chinese decisionmaking. Thus, a strong U.S.-Japanese alliance and capable Japanese forces could be major deterrents against a war.

What about other U.S. allies in the region?

In addition to Japan, the United States has several other important allies in East Asia, including the Philippines, Australia, and New Zealand. It is inherent in these ties that any conflict in the region would trigger consultations and possible joint action. This being the case, military planning for a variety of contingencies is prudent. We do not speculate on whether such planning would result in any particular U.S. ally entering a conflict.

Would Russia and NATO join the fray?

Internationally, Russia might line up behind China and NATO might back the United States, but it is unlikely that either power would have a significant bearing on the fighting.

Predicting the behavior of North Korea in the event of a Sino-American war is fraught with uncertainty. However, if it involved attacks against Japan, the ballistic-missile defenses currently under development and construction could provide considerable protection.

Why think the unthinkable?

A Sino-U.S. war may seem unthinkable, but the course and consequences need more thought in both countries. History suggests that wars that are very destructive to both combatants have a way of persisting as long as neither side faces complete defeat. A Sino-U.S. war would be so harmful that both sides should place a very high priority on avoiding one. While such prospects make premeditated war highly improbable, they also dictate effective individual and bilateral crisis management, as well as other measures to avoid misperceptions and mistakes.