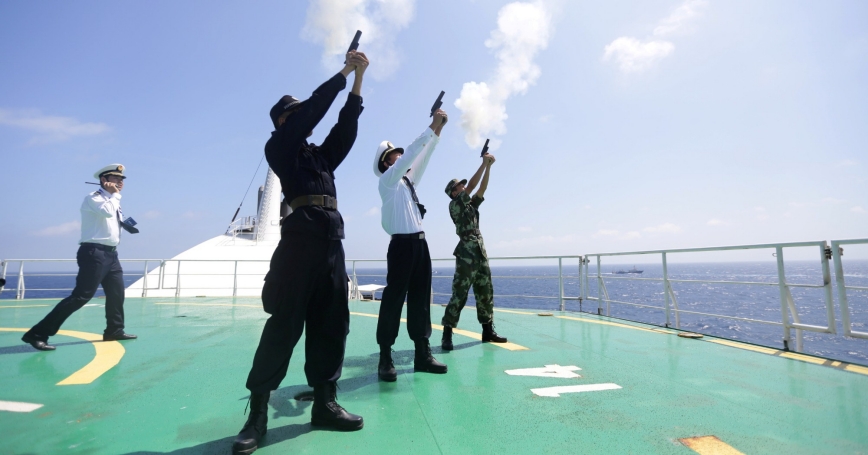 China currently is implementing a sweeping reorganization of the military that has the potential to be the most important in the history of the People's Liberation Army (PLA). Xi Jinping, who serves as China's president, general secretary of the Chinese Communist Party, and chairman of the Central Military Commission, seeks to transform the PLA into a fully modernized and “informatized” fighting force capable of carrying out joint combat operations, conducting military operations other than war (MOOTW), and providing a powerful strategic deterrent to prevent challenges to China's interests and constrain the decisions of potential adversaries. Scheduled for completion by 2020, the reforms are likely to offer benefits in several areas, including improving joint operations, optimizing organizational structures for combat, and ensuring the PLA is able to wage war in new domains, seeking to attain information dominance against an adversary:

What does this mean for hypothetical conflict against the United States in the South China Sea or in a Taiwan scenario? If Xi's aspirations are realized, his reformed PLA will be one that is more capable of protecting China's regional and global interests as it will be increasingly able to execute its main functions of strategic deterrence, combat operations, and MOOTW. As a result, it will be capable of posing an even more potent challenge to China's neighbors, and to U.S. interests in the region. Yet even with a stronger, more capable military China is not likely to be eager to take on a potential adversary as powerful as the United States. Even highly successful reforms will not guarantee victory on the battlefield, and any hypothetical conflict involving the United States would carry tremendous risks. China might plan for a quick, limited conflict, but instead find itself embroiled in a prolonged and highly costly war.

Michael Chase is a senior political scientist at the nonprofit, nonpartisan RAND Corporation and a professor at the Pardee RAND Graduate School. Jeffrey Engstrom is a senior project associate at RAND.

This commentary originally appeared on ChinaFile on August 29, 2016. Commentary gives RAND researchers a platform to convey insights based on their professional expertise and often on their peer-reviewed research and analysis.