Police Body-Worn Cameras: More to It Than What You See 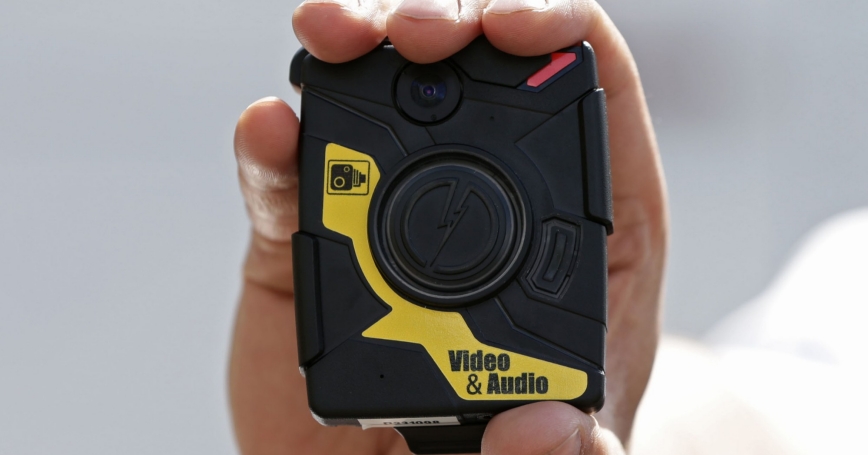 Police Constable Yasa Amerat poses for a photograph with a body-worn video (BWV) camera at Kentish Town in London May 6, 2014.

Billions of dollars are being spent worldwide on the roll-out of body-worn cameras for police officers. With so much at stake, there is an urgent need to understand whether body-cameras are helping police officers and members of the public, and under what conditions they work best.

Body-worn cameras should, in theory, help both police officers and the public they serve.

We are only just beginning to understand the full ramifications of applying this technology on the frontline of policing.

The basic notion is that awareness of being filmed should help to curb inappropriate behaviour by police and/or suspects, keeping situations calmer. Evidence from a range of sources shows both humans and animals alter their behaviour if they know they are being watched.

The camera's effects are not limited to the street. Footage from body cameras should aid prosecutions and help improve police accountability.

However, the idea that body-worn cameras are inherently “good for policing,” or can do all that is claimed of them is more complicated in reality.

Our research finds plenty of areas around their use that need to be considered. It concludes that we are only just beginning to understand the full ramifications of applying this technology on the frontline of policing.

One of the Largest Trials in History

In one of the largest randomised-controlled trials in criminal justice history, the University of Cambridge and RAND Europe have published several studies looking at body-worn cameras' use in law enforcement.

The studies focused on assaults against officers, use-of-force by officers and complaints against police by the public.

The findings from the first study are perhaps surprising. Rates of assault against officers during arrest were 15 per cent higher when body-worn cameras were in use, compared to shifts where cameras were not present.

We think there are two plausible explanations for this finding.

This footage can provide officers with the confidence and impetus to report assaults.

First, police officers might feel more able and equipped to report assaults against them once they are captured on camera, even if the officer does not sustain visible injuries. This footage can provide officers with the confidence and impetus to report assaults.

Secondly, there is an argument that the video monitoring might make police officers less assertive and more vulnerable to assault, meaning that the actual rate of assaults increases.

Whatever explanation is correct, it is important to understand this in more detail. On the one hand, improved reporting of assaults means officers could receive more support and recognition. On the other hand, if cameras genuinely increase the risk of assaults then we need to understand why this is happening.

The findings from the second study on the rate of use-of-force by police on suspects during arrest were also contrary to our expectations.

The rate remained unchanged by the presence of body-worn cameras on average, but further analysis showed that this result depended on whether or not officers used their discretion about when to turn cameras on.

During the research, officers were instructed to record all stages of police-public interactions and issue a verbal warning of filming at the outset.

More recently, the third study found a 93 per cent drop in complaints made against police forces following the introduction of cameras.

We called this “contagious accountability,” as we think the “civilising effect” of wearing cameras on some shifts “spilt over” to when officers were not wearing cameras.

There are two possible reasons for this steep fall. The presence of the cameras could mean that police officers are behaving more appropriately in encounters with suspects and, as a result, fewer complaints are made against them.

On the other hand, it could be that the footage from the body cameras provides evidence of encounters between police officers and members of the public, so inaccurate complaints are less likely to be made.

What was interesting is that we saw an across-the-board decrease in complaints, both in situations where officers were wearing cameras and where they were not.

We called this “contagious accountability”, as we think the “civilising effect” of wearing cameras on some shifts “spilt over” to when officers were not wearing cameras.

Complaints against police are costly, both financially and in terms of public trust. In the US, complaints can be hugely expensive, with some resulting in multimillion-dollar lawsuits (just one of these can wipe out the budget for a small to medium sized police force). Meanwhile, in the UK last year, data from the UK Independent Police Complaints Commission showed a continuous rise in complaints across the majority of forces, with each requiring investigation (and thus cost).

Further research continues to be carried out that looks at the use of body-worn cameras within police forces. This is important in explaining the reasons behind these findings and gathering further evidence for what works in policing regarding the use of body-cameras. In the meantime, more training and engagement with police officers could help to ensure they are confident in the decisions they make while wearing cameras, and are safe in their job.

Alex Sutherland is a research leader at RAND Europe.

This commentary originally appeared on Policing Insight on October 10, 2016. Commentary gives RAND researchers a platform to convey insights based on their professional expertise and often on their peer-reviewed research and analysis.