The Future of Hypersonic Weapons 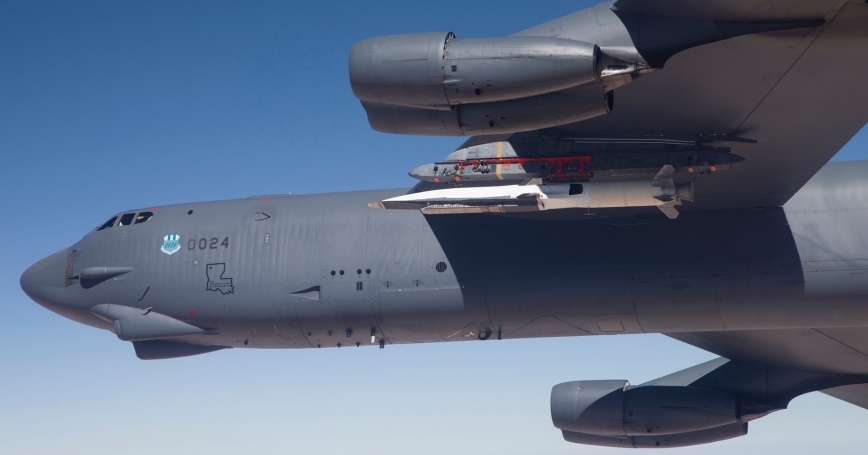 Over the next few years, the Defense Advanced Research Projects Agency (DARPA) plans to demonstrate two air-launched hypersonic weapons (HSW) concepts: the Turbo Boost Glide and the Hypersonic Air-Breathing Weapons Concept. These systems, though not weapons themselves, should generate a great deal of information on the operating conditions for weapon-sized air vehicles in hypersonic flight (Mach 5 to 10) at high altitudes, and, along with other government-funded research efforts, could pave the way for a weapons program in the next decade.

Other countries are also developing HSWs. Russia is developing the Zircon, a ship-launched hypersonic anti-ship cruise missile (ASCM) reportedly derived in part from the Brahmos, a supersonic ASCM developed by Russia and India. It is also developing a ballistic missile-launched system with a hypersonic glide vehicle.

The development of conventional hypersonic weapons offers opportunities and challenges for U.S. defense planners, particularly in potential major conflicts with adversaries possessing advanced air defenses. The introduction of air-launched HSWs could allow aircraft to target short-dwell mobile targets, such as surface-to-air missile (SAM) systems and ballistic and cruise missile launchers, from standoff range in ways that are ineffective with subsonic weapons due to their long time of flight. HSWs could also put at risk well-defended targets that are difficult to hit with subsonic weapons. The very high-speed, high-altitude flight profile, and maneuverability of HSWs could reduce threat engagement opportunities, increasing weapon survivability and effectiveness. Procuring HSWs could also force potential adversaries to develop new air defense systems or re-allocate existing ones to address this threat, possibly increasing the effectiveness of other air assets. Of course, other solutions are possible. Supersonic (Mach 1 to Mach 5) weapons could also be effective in attacking these targets and would also need to be considered.

The case for ballistic missile-launched HSWs, particularly those launched from the United States with intercontinental range, is less clear. Procuring such a system would provide a means of attacking targets throughout the world within 30 minutes from U.S. territory. However, such a launch could be misinterpreted as a nuclear-armed ICBM launch and thus could have substantial escalation risks. Further, ISR systems are likely to be needed in the theater to find many targets of interest. If ISR systems are available, strike aircraft could be as well. Strike aircraft could offer a less expensive, more tailorable, and more robust way of striking the target. Thus, while these weapons may have some utility, it is not clear they are cost-effective or outweigh their risks.

Even air-launched HSWs have important limitations. Achieving very high speeds and altitudes requires a great deal of energy and advanced materials. As a result, HSWs are likely to be much larger, heavier, and more expensive than subsonic weapons of similar payload and range. As such, they will never be competitive with current systems in attacking targets that both can effectively reach.

Although at this point a U.S. decision to procure HSWs would be premature, flight demonstrations and technology maturation efforts could pave the way for the development of a new weapon system.

Regardless of whether the U.S. procures HSWs, it may be compelled to develop ways to defend against them. Defeating the Zircon system could require attacks on multiple steps in the adversary effects chain. This could include destroying or dazzling Russian intelligence, surveillance, and reconnaissance (ISR) systems to prevent them from finding Navy ships, jamming communications links between ISR systems and HSW-equipped surface ships, and attacking those ships. Efforts to deceive or blind the missile seeker and destroy the missile itself may also be necessary. The Navy has employed systems designed to defeat supersonic anti-ship missiles for decades. These kinds of systems would have to be extended to address the threat posed by Zircon.

The introduction of Russian and Chinese ballistic missile-launched HSWs could present a much broader set of challenges, since they could conceivably be used against multiple surface targets. Chinese HSWs will be more expensive than comparable subsonic cruise missiles and thus may be reserved for high-value, well-defended targets, such as ships and critical infrastructure.

Addressing this threat could also require attacks on multiple stages of the adversary's effects chain. The fact that these weapons could be launched from mobile ground systems, which have proven very difficult to find and attack in previous conflicts, only adds to the challenge. Upgrades to air defense systems, such as theater air and missile defense systems, may also be needed.

It may not be possible to intercept every missile. The attacker chooses the timing and number of missiles used to attack each target. The defender must allocate defenses prior to the attack and thus those defenses may be overwhelmed in specific locations. Mitigation steps, such as hardening some critical facilities and building backups for others, could make operations more robust in the face of attacks.

Although the United States, Russia, and China are all developing hypersonic systems, and Russia and China appear to be developing hypersonic weapons, it would be a mistake to view this as an arms race. The United States should make decisions on whether to develop and procure HSWs based on their potential contributions in future conflicts, regardless of the course of action taken by others. Similarly, defense planners will have to address the threat posed by Russian and Chinese HSWs if those systems become operational, independent of whether the United States decides to procure its own HSWs.

This commentary originally appeared on The Cipher Brief on October 20, 2016. Commentary gives RAND researchers a platform to convey insights based on their professional expertise and often on their peer-reviewed research and analysis.